Murali has also been the crucial catalyst in launching the FMCG vertical & other QSR Brands Wow! China and Wow! Chicken. 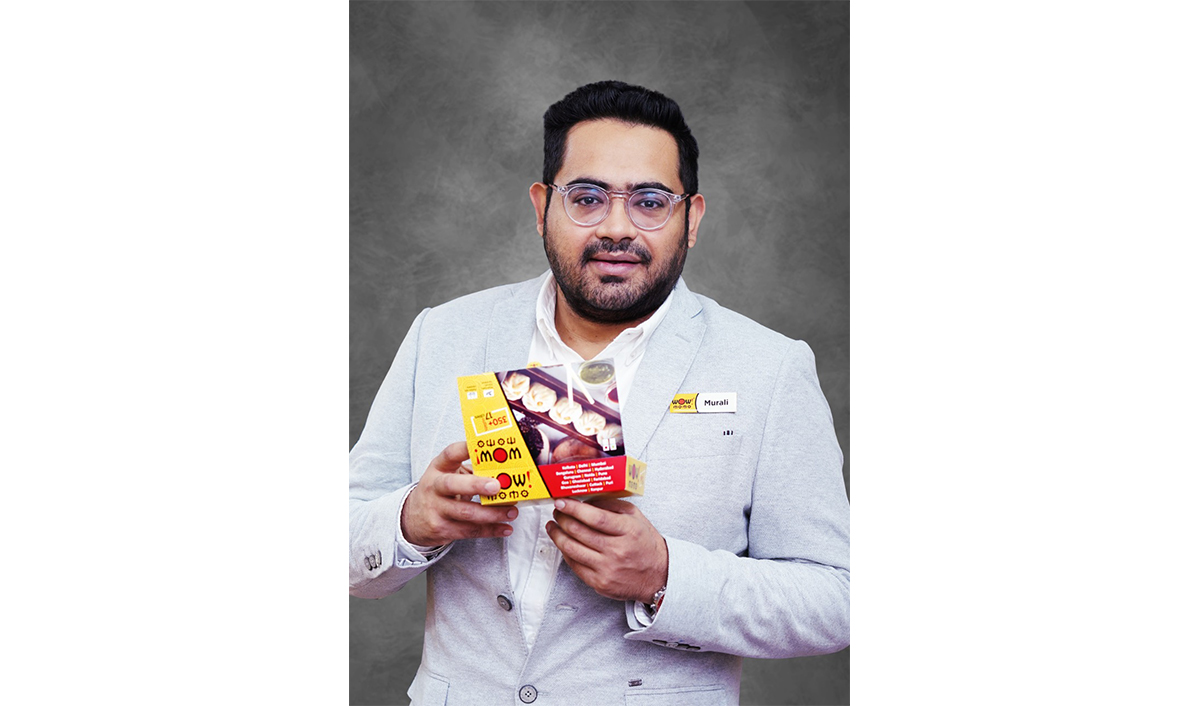 With this development Murali will be the part of the board of the company too.

Murali has been associated with Wow! Momo since inception; however officially joined the founders in the year 2018. Murali began by leading the store level growth hacking to brand development and later named as the group’s CMO.

“I have known Murali for half of my life now; he has a rich advertising background and his storytelling experience is unmatched today & handling his experience in brands both from start-ups to national and international brands has added a strong versatility in his approach. He brings onto the table a strong consumer perspective, which is the needed of the hour for us as we are growing over a 100% CAGR,” shared Sagar Daryani CEO & Co-Founder of Wow! Momo by adding that he is not only their CMO but is Chief Relevance officer.

Murali has been key pillar in building the Delivery and Omni-Channel verticals of the brand; also set up the entire martech stack, strong communication platform, intra-tech initiatives and in-house 360 degree marcom suite.

Murali has also been the crucial catalyst in launching the FMCG vertical & other QSR Brands Wow! China and Wow! Chicken.

Launched in August 2008, the multi-billion-rupee QSR chain currently has over 500 outlets in 25 Indian cities; aims to enter over 100 cities soon.  The brand also intends to fortify its FMCG vertical; its has recently hired a CEO for the FMCG vertical and is looking to strengthen its team from ecom to modern retail. Currently serving variants of RTE momos; intends to enter cuppa noodles, sauces and other RTE Indian & oriental snack segments by Q2 FY23.