Currently the beer will be available across Mumbai, Pune, Bangalore and Hyderabad. 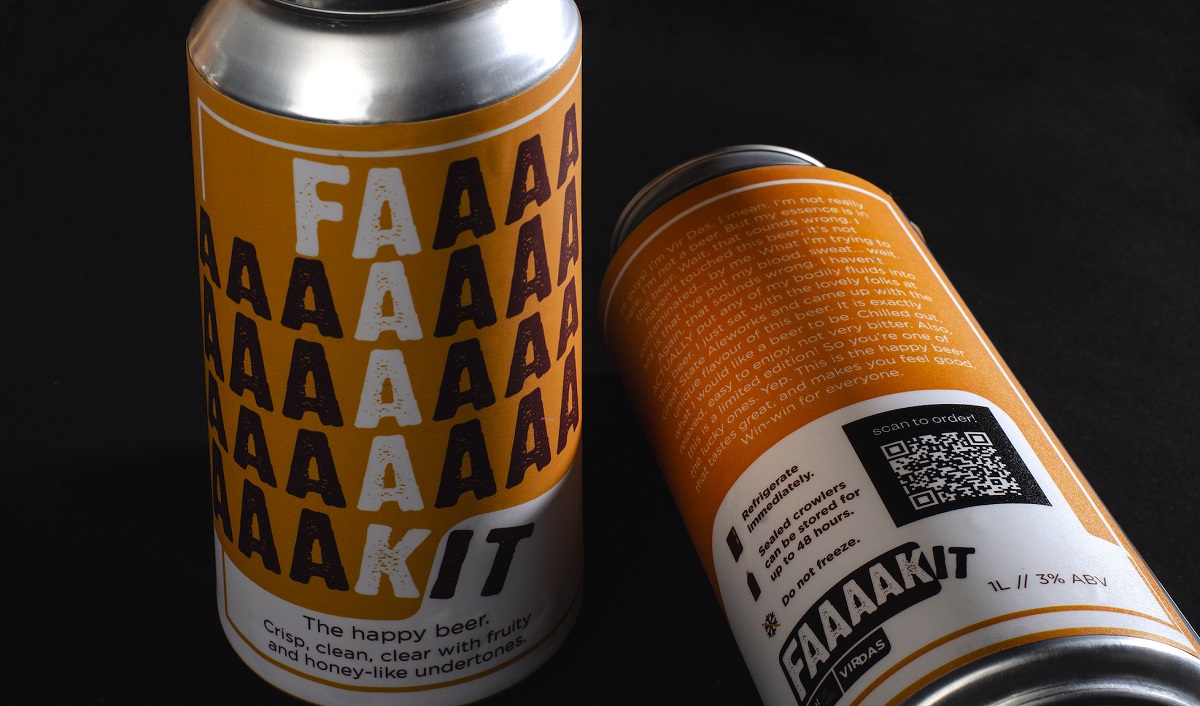 Vir Das, India's one of the biggest comedian is now all set to soar our spirits even higher. This time alongside his comedy bits on stage, one will now be able to enjoy a light and crisp beer called Faaaakit, which is being brewed and distributed by one of India’s most innovative craft breweries - Great State Aleworks.

The team along with Vir, spent over a year to find the perfect blend of flavours before the final brew was locked in.

“Our motto was to spread happiness. And after a maybe stressful day you might want to literally say FaaaakIt and have a can of beer to unwind yourself. Also we wanted the beer to be for everyone, far often brands tend to alienate beer drinkers like the younger demographics or even women, and we wanted this to be for everyone. The team at Great State Aleworks and I spent a good deal of time finding a flavour profile that can be enjoyed by all,” shared Vir.

Currently the beer will be available across Mumbai, Pune, Bangalore and Hyderabad.

In terms of a flavour profile, the beer is a clean, crisp and easy drinking beer with low bitterness and a fruity & dry finish.