This marks the first year for the 'NBA Comebacks' promotion as Taco Bell parts from its well-known 'Steal A Game, Steal A Taco' promotion, which first launched in 2016. 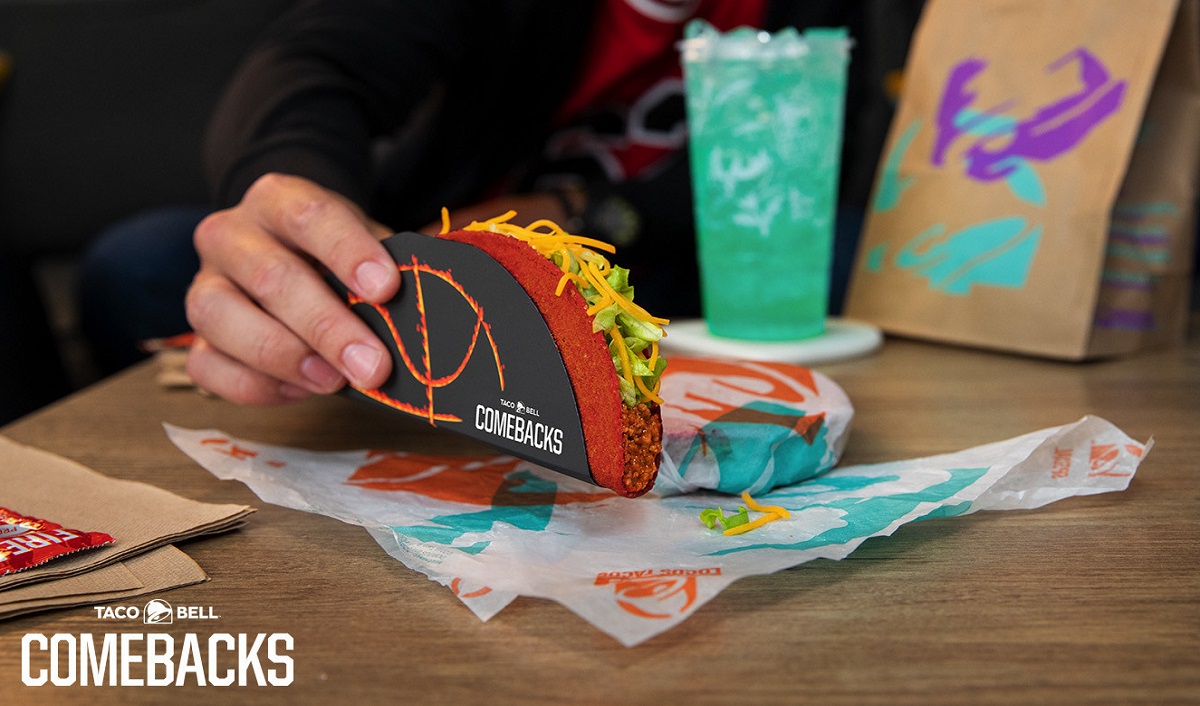 Everybody is rooting for a comeback these days, and Taco Bell is taking it to the next level during this year's NBA Finals, presented by YouTube TV, introducing a revamped version of their previous 'Steal a Game, Steal a Taco.'

This year's NBA Finals not only grant fans the opportunity to score a free taco*, but marks the highly anticipated return of the Flamin' Hot Doritos® Locos Tacos for a limited time, which was a crowd favorite following its initial introduction on menus in April 2020.

"We're thrilled to reignite our partnership with the league and spice up the NBA Finals even more by giving fans the chance to score a free taco regardless of which jersey they're wearing," said Nikki Lawson, Chief Global Brand Officer, Taco Bell by adding that the power of comebacks resonates more than ever, not only because we are turning the heat up in our kitchen to bring back the fan favorite Flamin' Hot Doritos Locos Tacos, but consumers are now able to enjoy this year's NBA Finals even more whether they're at home, in the arena or elsewhere.

This marks the first year for the 'NBA Comebacks' promotion as Taco Bell parts from its well-known 'Steal A Game, Steal A Taco' promotion, which first launched in 2016 when a road game was won in Game 3 of the NBA finals, winning everyone a free Doritos® Locos Tacos and tipping off a taco tradition for years to come.

"Through creating NBA Comebacks, Taco Bell is once again putting fans first and giving them even more reasons to tune in and follow the end of this historic season," said Lauren Sullivan, VP, Global Partnerships, NBA.

The 2021 NBA Finals start in July and could run as late as Game 7 on July 22. The first time an NBA Finals team is losing at halftime but comes back to win the game will score a free Flamin' Hot Doritos® Locos Tacos for Taco Bell customers across America. The Redemption Day details and official menu launch of the Flamin' Hot Doritos Locos Tacos will be shared at a later date following an NBA comeback.