The new flavours would be available till January 07, 2020 at all Subway restaurants as well as on delivery platforms. 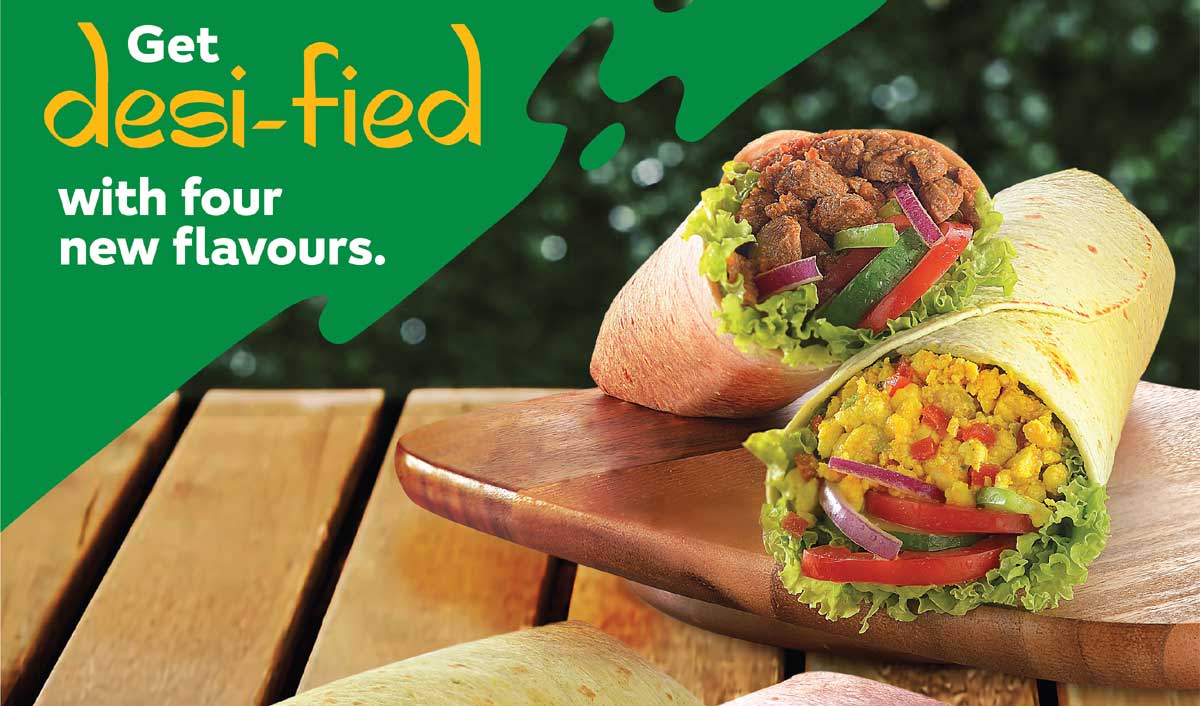 Shuchi Monga, Head of Marketing, Subway South Asia, said, “Popularity of Indian flavours is increasing day by day amongst millennials all over the world. In line with that thought, we have expanded our India menu with four new locally -relevant flavours.”

Guests at Subway will also have an option to savour the new flavours in the form of Submarine Sandwiches (subs) and Salads by paying the applicable conversion price. The new flavours would be available till January 07, 2020 at all Subway restaurants as well as on delivery platforms.

In order to promote the new flavours, Subway India has rolled out a 360-degree marketing campaign with in-store collaterals, television commercials, print advertisements, radio spots, mobile ads, billboards and social platforms. A TVC has been created to connect with the audience in an entertaining way.

Subway began its operations in India in 2001 and currently operates a chain of more than 660 restaurants across 70 Indian cities. The brand leads the way in the quick service restaurant industry in terms of its product line-up which is traditionally deemed fresh and more nutritious.

Want to invest in a QSR franchise? Visit Franchise India 2019, Asia’s Biggest Franchise & Retail Show, and give wings to your entrepreneurial dreams.