As part of The Great Indian Platter initiative by SAGA; to be held every three months in an attempt to promote regional cultures and cuisines of India. 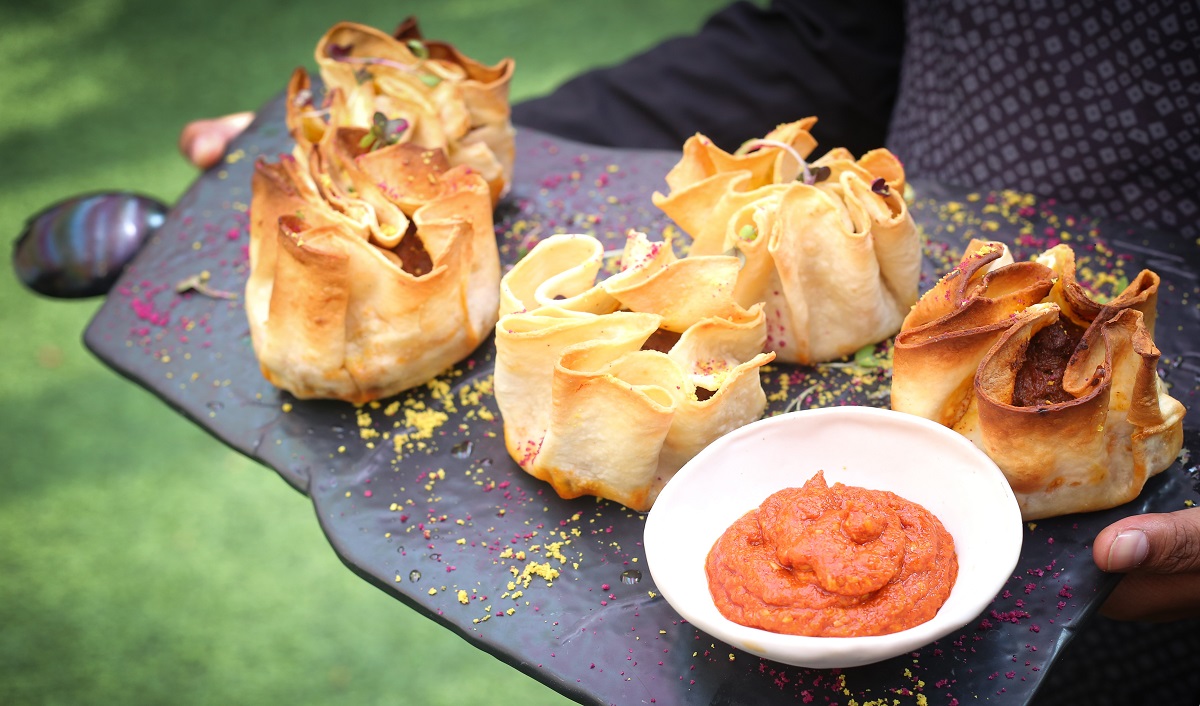 As part of The Great Indian Platter initiative by SAGA; to be held every three months in an attempt to promote regional cultures and cuisines of India, the debut chapter, ‘Rangeelo Rajasthan’ will bring together regional food and handcrafted beverages, Chef’s Tasting Menu and folk-fusion entertainment, art exhibitions and puppetry shows alongside some regal cuisine from the land of Maharajas, ensuring a total immersion in Rajasthani ethos.

From regions like Marwar to Mewar, Shekhawati to Hadoti and more, the menu will feature an extensive range of some hidden and modern recipes from these regions.

The 15 day cultural fest was inaugurated by Sh. Dhiraj Srivastava, the Resident Commissioner for the Government of Rajasthan who said “This is only a start to the beautiful initiative by SAGA to promote the diverse regional cuisines and cultures that lost in time. I am particularly excited for this one as SAGA is well known for making all things premium and their wholesome approach towards food and cultures”.

Speaking about the Rajasthani festival menu, Chef Partner of SAGA Atul Kochhar added, “Head Chef of SAGA Kush Koli and I had to brainstorm for months to curate this special menu. Rajasthani food has been influenced by the dearth of vegetation and water in the arid state. Each region of Rajasthan has its own trademark delicacy. Rajasthani cuisine, especially the non-vegetarian fare has been considerably influenced by the lifestyle of its royals – the Rajputs. Keeping everything in mind, we have curated a menu that will have everything, from street-style to ethnic, modern to homestyle and royal delights.”

From the vegetarian selection, indulge in the goodness of Dal Bati Churma, Paneer Ke Sooley, Gatte ke Pulav, Rajasthani Kadhi Kachodi, Papad ki Subzi while non-vegetarians can relish the rich flavours of Mathania Laal Maas, Murgh Bajre ka Soweta among others. End your meal with a variety of sweets such as Matka Kulfi, Moong Dal and Halwa.

Commenting on the initiative, FnB entrepreneur and founder of SAGA, Vishal Anand said, “SAGA is all about narrating stories of our country’s cuisines and cultures through food. We have curated this festival to promote the art, music, food, and culture of Rajasthan, which is a major contributor to the country’s tourism industry. This is also an honest attempt to encourage and empower local artists and artisans by giving them a platform to showcase their work to the world.”

The curtain raiser of the event, on November 05, has witnessed a soulful performance by Jaipur-based Sufi rock fusion band – Swaraag, and will be graced by royal members, prominent personalities, and food and cultural enthusiasts of the region.