It has also added four new international markets over the past 14 months, including Canada, the United Arab Emirates and, most recently, Australia and New Zealand. 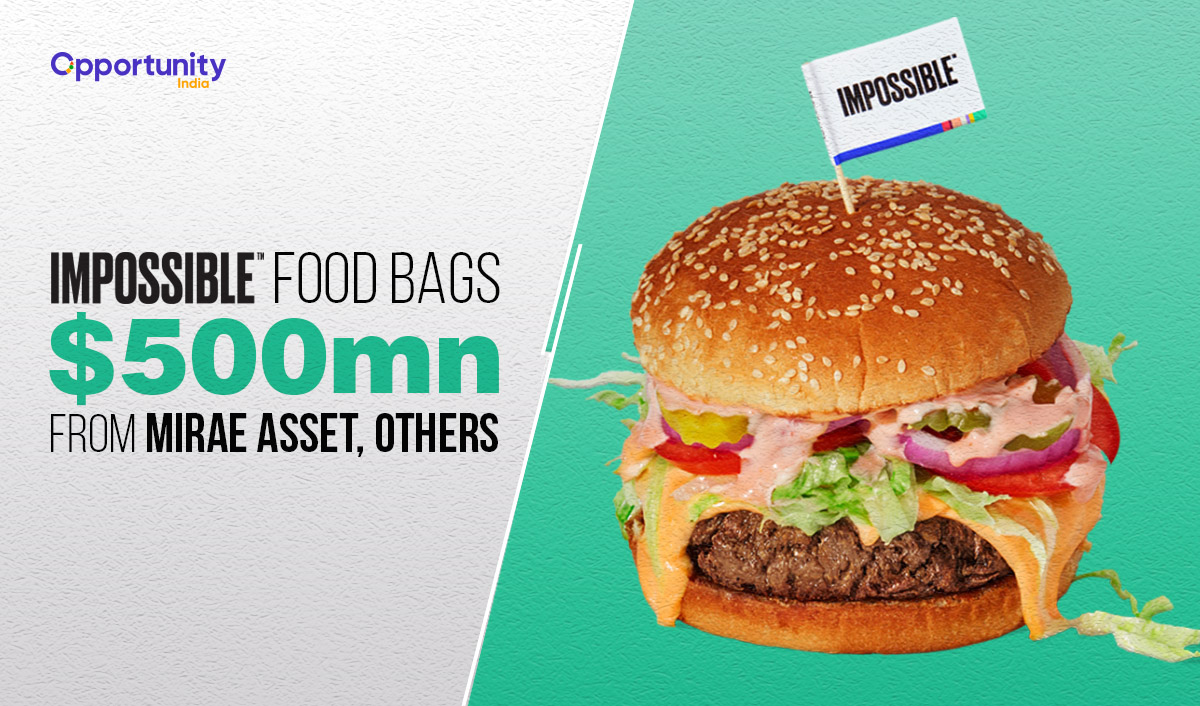 This funding round will enable its continued growth in retail and across its supply chain, product portfolio, technology platforms, and international expansion plans — all of which are critical to its mission of addressing the urgent threat of climate change caused by animal agriculture.

“Mirae Asset is excited to double down on the team at Impossible Foods as they continue transforming the global food system,” said Thomas Park, president of Mirae Asset Global Investments by adding that it is important to partner with true innovators like Impossible Foods’ CEO Pat Brown and support the entire Impossible Foods team as they work to solve one of the most critical challenges facing our planet – climate change.

The company has now raised close to $2 billion since its founding in 2011, helping fuel its blockbuster growth from a stealth R&D startup to pioneers of a new food category — meat made from plants that competes head-to-head with meat made from animals, with a dramatic reduction in greenhouse gas emissions.

It has also added four new international markets over the past 14 months, including Canada, the United Arab Emirates and, most recently, Australia and New Zealand.

“We’re fortunate to have great investors who believe in our long-term mission,” said Impossible Foods’ Chief Financial Officer David Borecky by pointing that the latest round of funding will allow them to further accelerate their product innovation and global expansion efforts.