The restaurant’s menu consists of both vegetarian and non-vegetarian fare, and even Jain dishes. 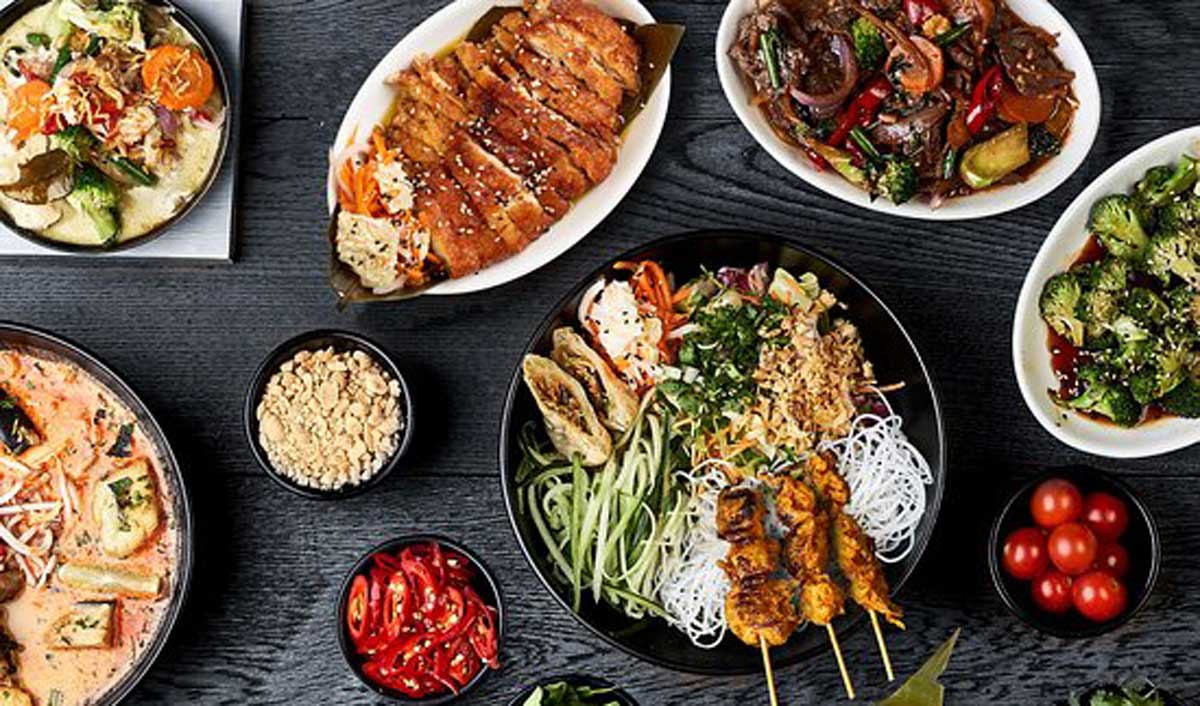 The new outlet is a two-storeyed eater, which can seat 150 guests.

The restaurant’s menu consists of both vegetarian and non-vegetarian fare, and even Jain dishes, including Dim Sums such as Broccoli, Pok Choy and Water Chestnut Dim Sum, Spicy Shanghai Chicken Gyoza and sushi including the Truffle Mushroom Bon Bon, Tuna and Salmon with Avocado Misaki Roll and Blue Pea Sushi Rice with Smoked Jasmine Pork Ribs.

In addition to this, the outlet also serves Xiao Long Bao a.k.a. Soupy Dumplings. The ramen bowls of Chin Chin Chu include the Vegetable Laksa and Korean Chicken, and the wok bowls include Hong Kong Chilli Oyster Sauce and Mandarin Spicy Yellow Bean Sauce.

The outlet’s menu also boasts of a selection of homemade ice cream, including flavours such as Black Sesame, Caramelised Ginger, Avocado and Coconut and Spicy Chilli.

In India, Asian cuisine is gaining ground with more people becoming a frequent visitor to these restaurants. Gone are the days when Asian food was limited to Chinese cuisine, restaurants today are offering much more than Chinese and Japanese. Pan Asian cuisine is the new wave in the market with speciality restaurants breaking all food myths.

Having a similar taste to that of Indian, this cuisine gives a wide variety of options to its customers. Starting from Chinese, Japanese, Indonesian, Singaporean, Korean, and the cuisine has so much to share with Indians.

This has pushed a new trend in the industry giving a way to lots of Pan Asian food delivery online place opening up. Cities like Delhi, Bengaluru and Mumbai have already been witnessing this change but smaller cities are also joining the bandwagon and setting up speciality delivery places.