In stores already in Goa, Bengaluru, Mumbai & Pune, this coffee-infused gin is the first of its kind in the market. 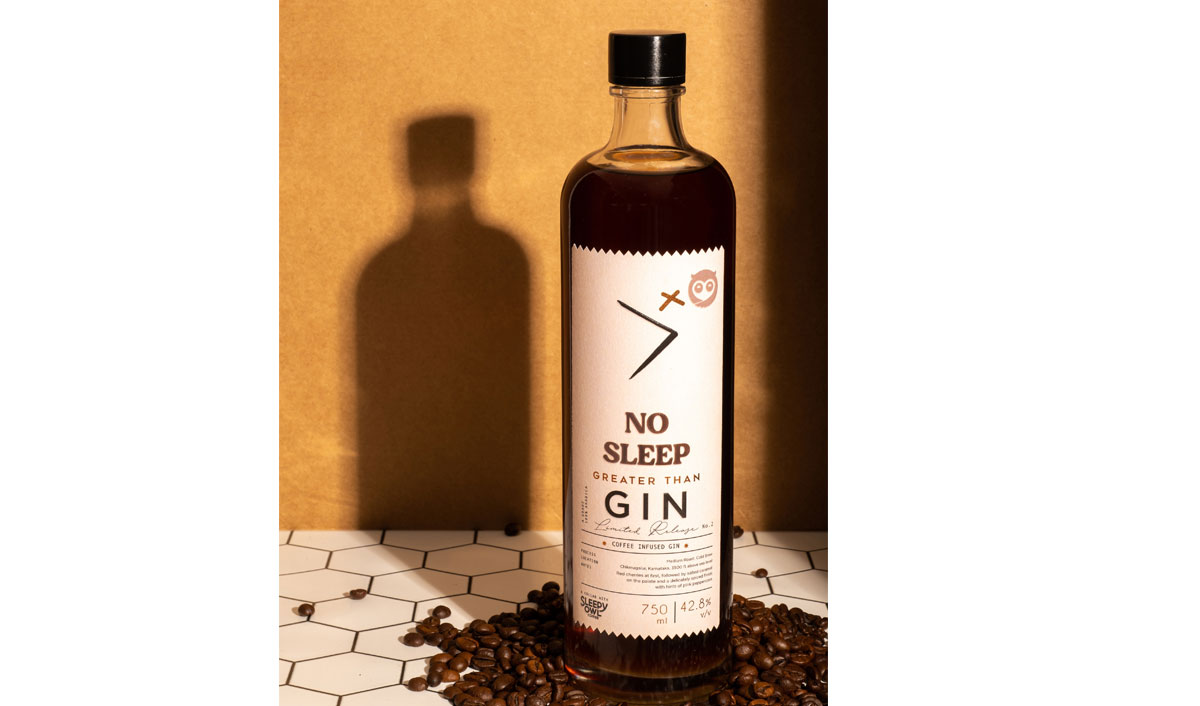 In stores already in Goa, Bengaluru, Mumbai & Pune, this coffee-infused gin is the first of its kind in the market.

No Sleep will arrive in New Delhi by the end of January 2022.

“Experimentation is key when it comes to being a craft distiller and we’re constantly doing just that. The coffee-infused started off in 2017 as a delicious cocktail experiment by my co-distiller, Jay Dhawan. We’ve since served it at many bars, occasions and events. It was his idea to put the cold brew straight into the bottle and it is this we are so pleased to be able to bring out to the world and keep his legacy alive,” shared Anand Virmani, Co-founder and Distiller.

No Sleep brings together two of India’s increasingly popular beverages, Gin & Coffee, as well as two of the country’s most innovative brands, who have individually been spearheading the Indian revolution of these two beverages over the past few years.

True to their principles, the distillers at Greater Than chose not to use any sugar, coffee extracts or artificial flavours. Instead, they partnered with Sleepy Owl to make a smooth, cold brew using 100% Arabica Coffee from Chikmagalur, Karnataka, to infuse in their Gin distillate.

“Innovation has been one of the pillars of Sleepy Owl Coffee, right since its inception. Whether it be the concept Cold Brew Coffee or Hot Brew Bags, we’re proud to be the first ones to introduce these to the Indian audience,” added Arman Sood, Co-founder, Sleepy Owl Coffee.