The Jack Harlow Meal deal is available now through July 17 and includes: the KFC Spicy Chicken Sandwich; mac and cheese; secret recipe fries; a side of ranch and a lemonade served in custom packaging. 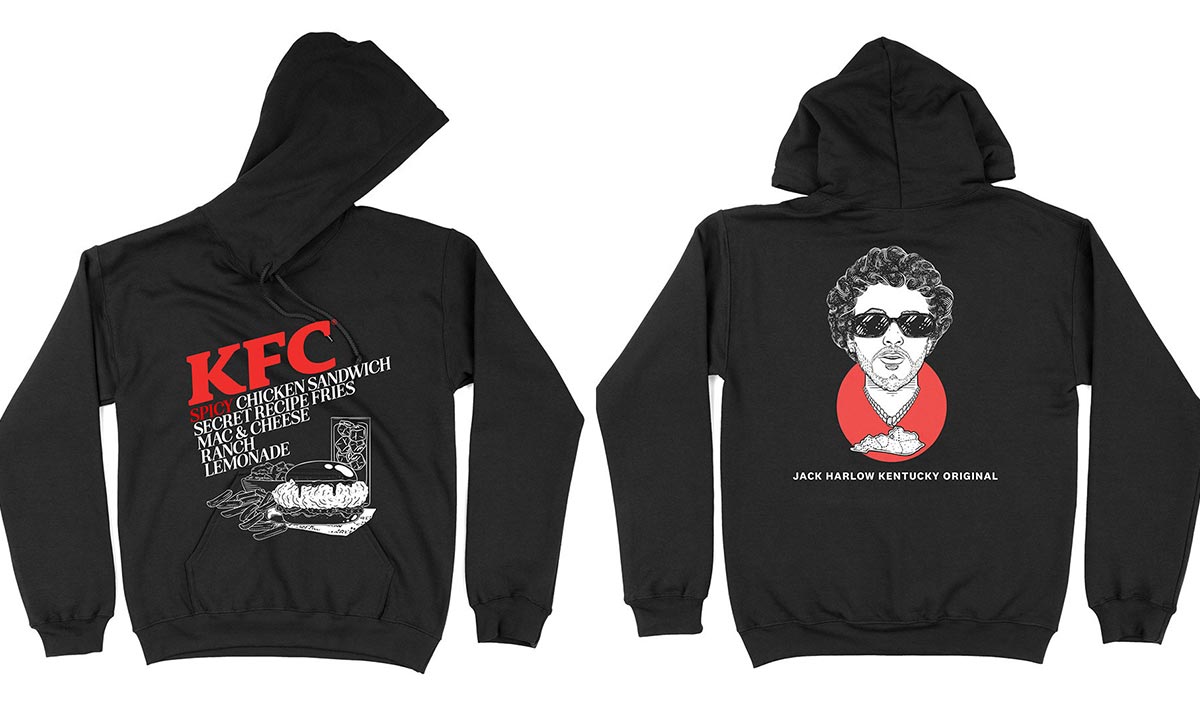 Following the introduction of the much-talked-about KFC Jack Harlow Meal, the partnership between the two Kentucky icons keeps getting bigger and better – now with the release of first-class branded merch.

The Jack Harlow x KFC merch is now available via www.JackHarlow.us/KFC for a limited time only, while supplies last.

Fans can get their hands on apparel exclusively designed for the Jack Harlow x KFC partnership, including sweatshirts and t-shirts featuring art from the Jack Harlow Meal packaging and the iconic KFC throwback slogan, "We do chicken right." Prices start at $35 (tax extra).

To celebrate the launch of the Jack Harlow Meal, KFC transformed an Atlanta KFC (2637 Cobb Pkwy SE, Smyrna, Ga.) into an Insta-worthy Jack's Meal HQ where fans were given an exclusive first taste of Jack's meal and the chance to meet Jack Harlow on June 4. Harlow even spent time surprising fans in the drive-thru.

KFC operates more than 26,000 restaurants in more than 145 countries and territories around the world.