Conceptualized by Ogilvy India, the campaign consists of a film featuring Col. Sanders and more. 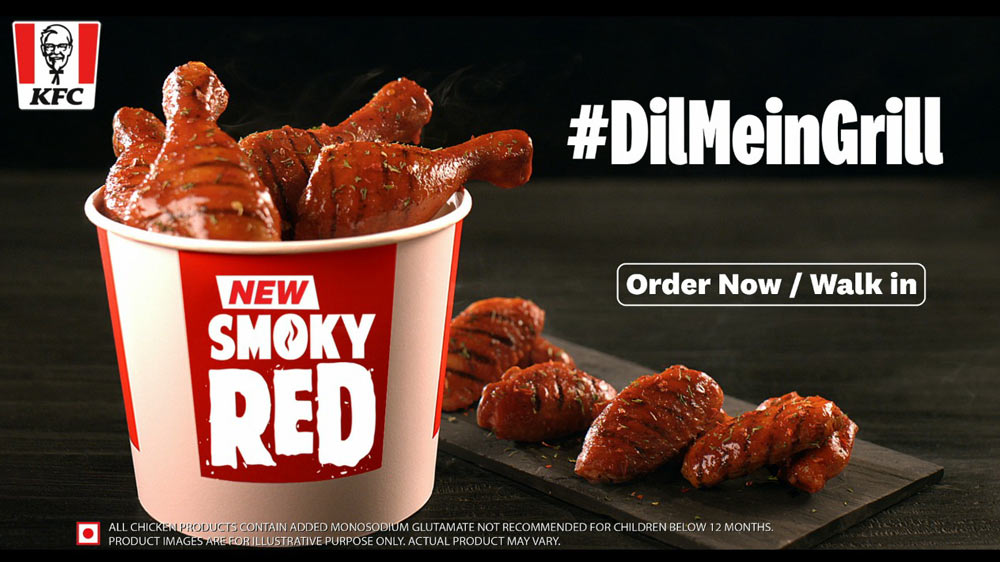 There’s never a dull moment for chicken-lovers at KFC Land. This time Colonel Sanders has brought us Smoky Red - the ultimate juicy grilled chicken, glazed with a hot red sauce and sprinkled with flavourful spices.

And what’s more flavourful is the way he’s presenting it - direct grill se! Aptly titled #DilMeinGrill, the digital campaign for Smoky Red is a quirky take on popular Bollywood tunes.

“We love surprising our consumers by adding our own flavour to all things popular and trendy, that is what we call the KFC twist on otherwise mundane things,” shared Moksh Chopra, Chief Marketing Officer, KFC India by adding that the take on the ‘grilled’ aspect of Smoky Red through a pun on popular Bollywood numbers was both quirky and befitting. The #DilMeinGrill campaign also presents the Colonel in a never-seen-before avatar and is sure to get KFC fans grooving.

Conceptualized by Ogilvy India, the campaign consists of a film featuring Col. Sanders and more. The 15-second film opens with a guy holding a KFC bucket and grooving to the tune of ‘Dil Se Re’ on a moving train. Suddenly he notices the Colonel by his side carrying a bucket of the Smoky Red, in all its glory. He wonders where this delicious looking grilled chicken has come from and asks the Colonel so. Keeping with the filmy setting, the Colonel breaks into a song - “Grill se re, Grill se re”. Now if that doesn’t cause #DilMeinGrill, what will?

Shailender Mahajan, Senior Creative Director, Ogilvy India said, “We wanted to make the campaign unique and distinctive so that ‘Grill’ as a word sticks in the consumer’s mind. Hence, we built on the association of ‘Dil & Grill’ with catchy Bollywood numbers that immediately strike a chord. Consumers also get to witness a quirky side of the Colonel in this campaign.”

The brand has also launched a series of gifs that take forward the play on ‘Dil’ and ‘Grill’; be prepared to be amused by “Tanha Grill”, “Grill Chahta Hai”, “Grill Bhar, Grill Bhar”, “Rukja O Grill Deewane” and more.