The new Japanese cuisine at UNO is an amalgamation of aesthetic interiors with lush green surroundings. 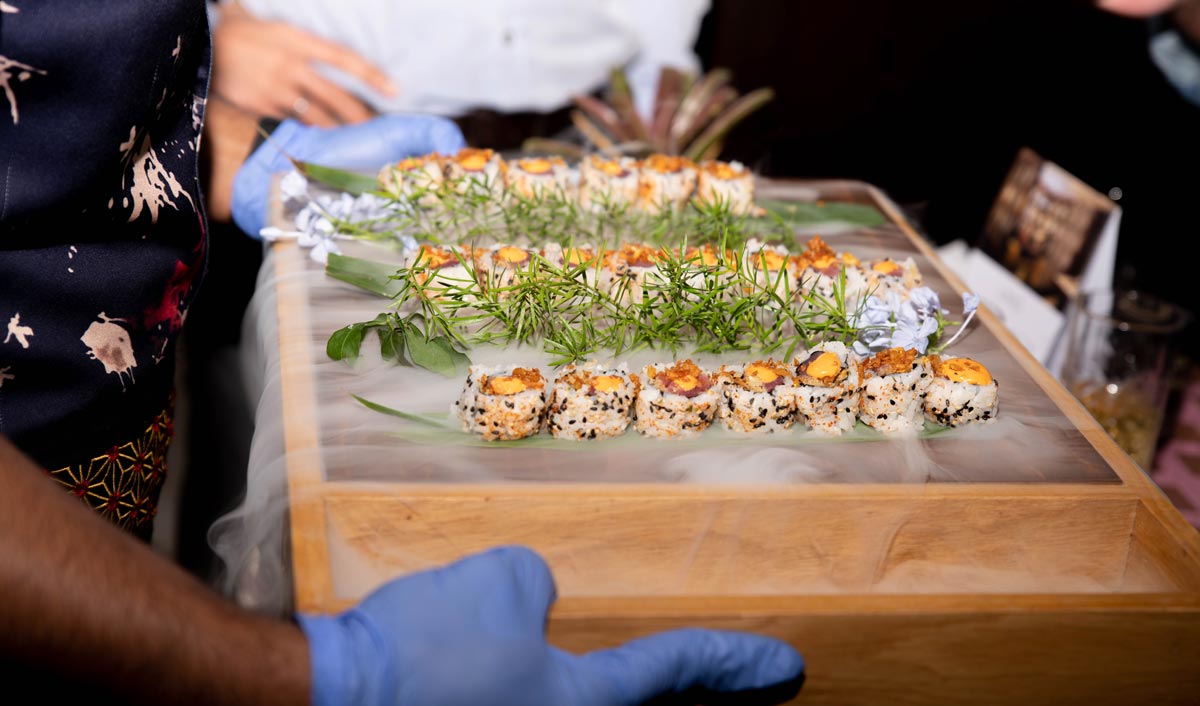 A dining hotspot and social haven, ‘UNO’ popularly known as Bar Uno earlier, has a new exciting identity with a fascinating twist to their overall offerings.

UNO, brings an exquisite medley of Asian flavors under the craftsmanship of Chef Joel who aims to deliver more than just good food as he works with his artistic team to curate gastronomic experiences.

“We are excited to launch UNO as the new destination in the city for Japanese Cuisine. The new menu at UNO by Chef Joel celebrates various culinary forms from the land of the rising sun,” shared Gaurav Sinha, Director of Operations, JW Marriott Hotel Bengaluru.

The new Japanese cuisine at UNO is an amalgamation of aesthetic interiors with lush green surroundings; the calm energy around the restaurant resonates through subtle colors, themes and lounge seating. Chef Joel and his culinary team have carefully crafted a variety of Japanese offerings; the restaurant offers signature cocktails and beverages to go with the all-new Japanese menu.

UNO welcomes diners to indulge in decadent Japanese cuisine that creates authenticity with varied dishes mixed with warmth and friendliness. The menu is an ode to street style delicacies from Japan.

“The newly launched Japanese cuisine at UNO is inspired from the farm to plate concept with ingredients that are plated to showcase cuisine’s culinary creativity at its best. UNO is not just about creating an unforgettable dining experience but an ode to street-style food from Japan which has brilliant aromas, flavors and unique technique of cooking, celebrating connections and unity,’ added Chef Joel, Jr. Sous Chef, JW Marriott Hotel Bengaluru.

May Interest: JW Marriott Kolkata brings gourmet delicacies from their kitchens to your homes with Marriott On Wheels

UNO Restaurant and Lounge is spread across a sprawling area that features exemplary décor and vivid lighting. The scintillating atmosphere is ravishing yet sophisticated, plush yet enchanting and cool yet modern.

This Japanese concept restaurant has taken a fascinating twist on classic design, as the overall atmosphere embraces an urban environment in a relaxed setting.