JustMyRoots.com to now offer Biryani from all Gharanas across India

There are numerous regional variations of Biryani one can order at Justmyroots.com from Hyderabad, Kolkata, Lucknow and Delhi right at your door step. 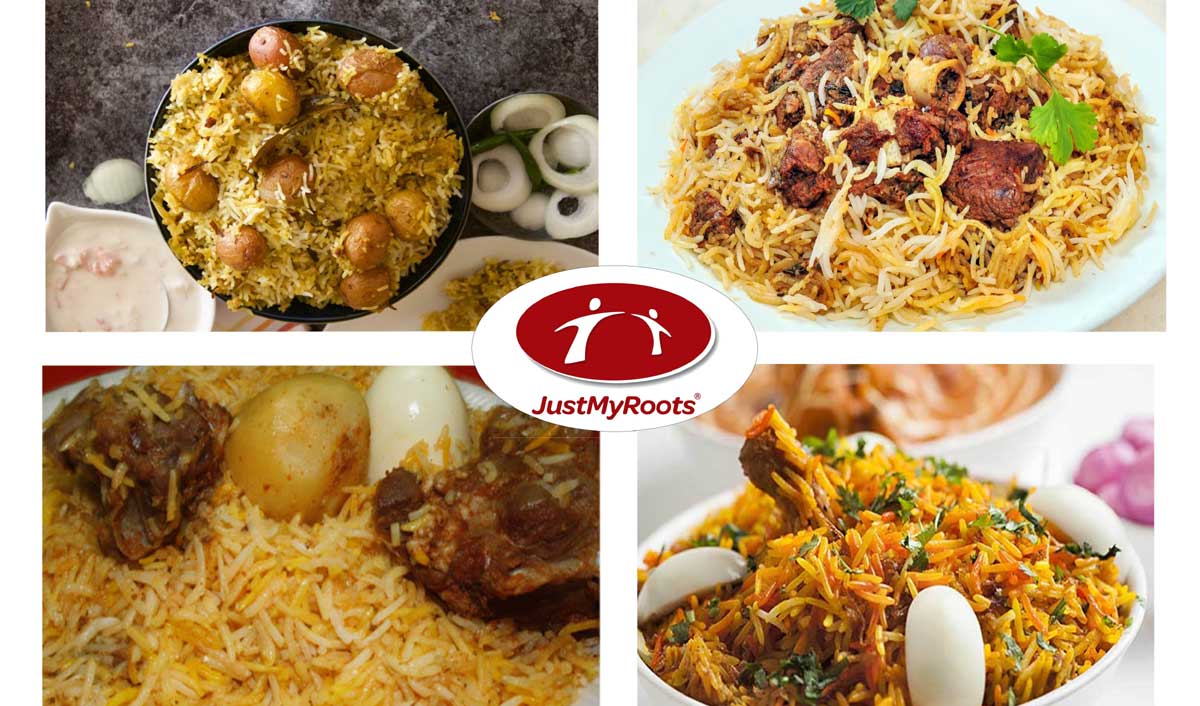 Biryani is an evergreen classic dish that really needs no introduction. India offers so much on its culinary platter but the one dish that all Indians unanimously love indulging in is the mouth-watering biryani.

With variations having evolved into distinctive styles of biryanis, one is spoilt for options when it comes to experiencing this melting pot of flavours. JustMyRoots has tied up many renowned places with Authentic Flavours of Biryani’s from different communities across India, which can be ordered while sitting in the comfort of your home or wherever you may be within India.

From the light and fragrant Lucknow biryani to the spicy Hyderabadi one, the Kolkata version with potatoes and eggs to the mild Malabar Biryani, there are numerous regional variations of this dish one can order at Justmyroots from Hyderabad, Kolkata, Lucknow, and Delhi right at your doorstep.

The deliciously complex blend of flavours, spices, and aromas in biryani have come to epitomize the zenith of Indian cuisine. A complete meal in itself, biryani has enough varieties to please one and all. Eaten with love and gusto by the rich as well as poor, Biryani is indeed a marvel of India’s culinary heritage now easily available at the one-stop destination, JustMyRoots.

JustMyRoots makes it possible for one to enjoy such delicacies wherever they are in India and having tie-ups with renowned & authentic restaurants across the country right from Dastarkhhwan from Lucknow to Arsalan from Kolkata, one can order the Biryani according to their taste from the website and they will deliver it to you.

For instance, Biryani by Kilo (BBK), as the name suggests, provides biryani not by the plate but by the kilo. BBK is also the only biryani chain to make fresh biryani with every order in individual handis, which takes around 90 minutes to deliver.