The store will also have a pin-up board in the store for promoting other local businesses, and to display their on-going offers. 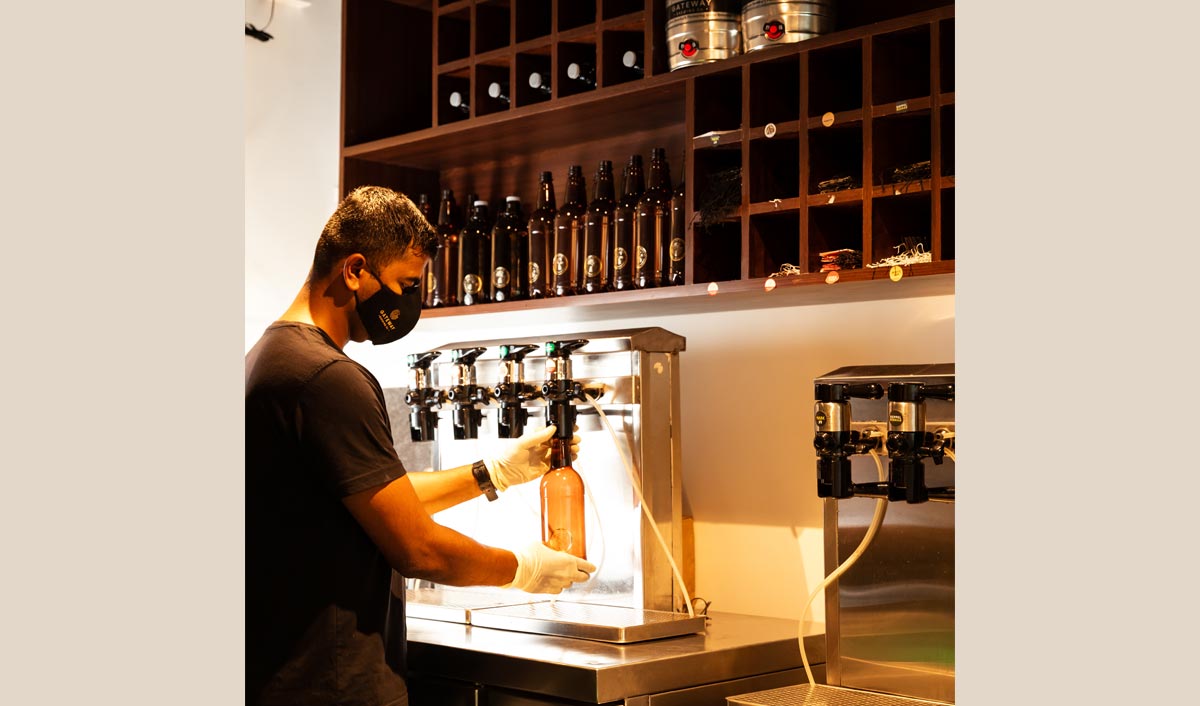 Mumbai’s Pioneering Micro-brewery Gateway Brewing Co that helped shape the craft beer policy is all set to launch its retail store in town.

This shop is pleasingly stationed near Gateway of India, behind Taj to be precise, on Mandlik road, Ramnimi building.

Spread across 200 sq. ft. modelled after the look and feel of the taproom: chic, casual with exposed brick walls & iconic beer brand graffiti on the wall. It will serve as a shop for their beers in bottles & kegs for all the mighty liberationists trying to conquer the best beer out there.

“Finally freshly brewed beers get to be in front and centre of the customers after nearly 7 years of serving via bars & restaurants. This not only makes it more affordable for customers but also gives us direct feedback and makes us independent. Now the real growth in craft will appear,” shared Navin Mittal, Owner, GBC.

As a team, Gateway brewing Co. is keen on introducing the crowd with new flavours, while serving them the best quality beers.

The store will also have a pin-up board in the store for promoting other local businesses, and to display their on-going offers. While hoping to leverage other locals, they are very keen on sequentially helping the friends with new offers, this in turn will also help them gain recognition and promote themselves as a brand in the midst of the pandemic.

An anecdote for one such vision would be that, over the last 7 years comparing their sales, they have seen that white zen (all kinds of wheat beers) were at least 60% of their sales, and other micro-breweries as well. While restaurants and bars still show the same percentage of wheat beer consumption, their direct-to-consumer business shows 30% preference for wheat beers, and an astounding 30% preference for IPA which historically has been only 10%.

The beers are available in a 1 litre Pet bottle and their Party Kegs hold 5 litres, which can provide around 15 glasses of beer.