They are also planning to launch 12 more outlets not only across both cities but also in other geographies within the next 6 months. 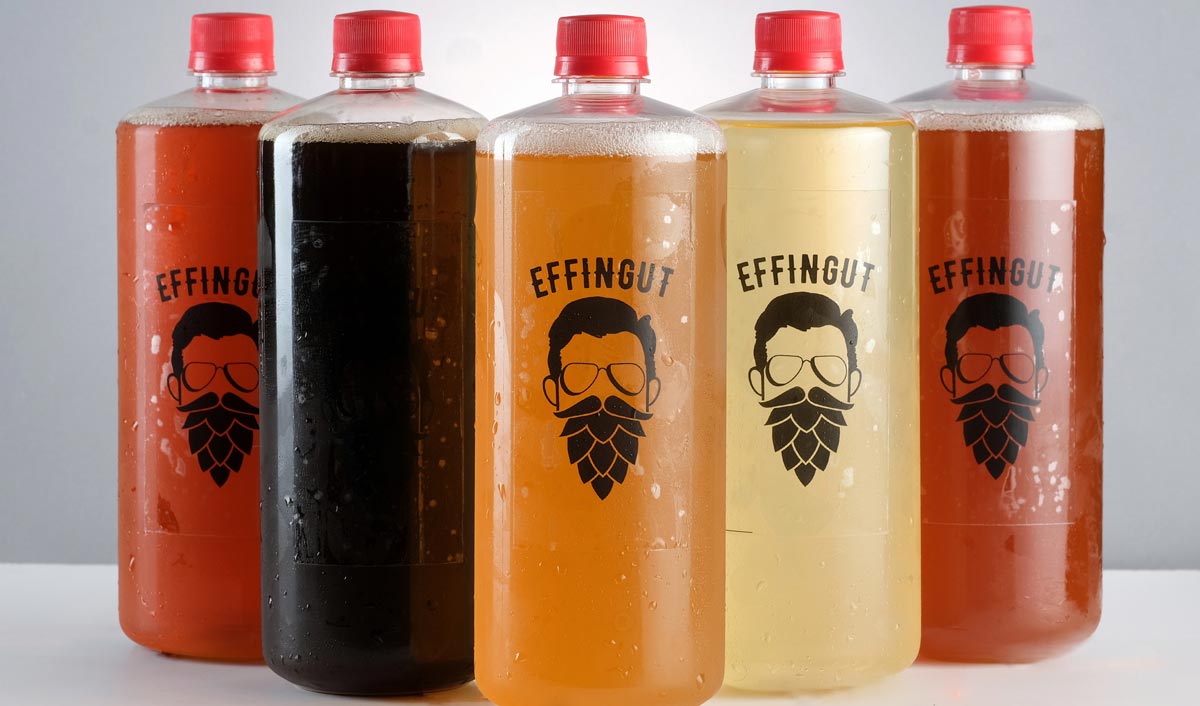 The group is launching the first four outlets of Effingut 2 Go in Mumbai and Pune.

They are also planning to launch 12 more outlets not only across both cities but also in other geographies within the next 6 months.

This will make E2GO earn its stripes as India’s first and fastest-growing retail craft beer chain to come out of this lockdown, despite the imminent threat the industry faced just a few months ago.

As of 2020, Effingut’s offerings will now distinctly be placed in two categories - the larger brewpubs with a more diverse offering & the retail-oriented Effingut 2 Go experience for when patrons just want to have a good pint and a quick meal at home.

“The pressure to re-invent was high, and the industry was bleeding. We had to rethink a concept that allowed our patrons to live the Effingut experience in the comfort of their homes. This could only be achieved by timely deliveries, beer & food collaborations with other conscientious craft producers & a whole new Entertainment 2 Go concept that makes you feel Effingut even outside our brewpubs,” added Gulati.

However, an Effingut 2Go store is not just a beer shop, but a hub for all things craft. By also lending its shelf space to conscientious brews by wineries, meaderies, and new age ciders from other craft alcobev producers, Effingut 2 Go is in itself a platform that helps showcase artisanal craft and small-batch F&B. Every store will also offer a diverse range of imported glassware to match, alongside brand new lines of Effingut merchandise.

To ensure craft beer is accessible, Effingut’s beers will be priced at INR 449 a Litre in Pune and INR 499 a litre in Mumbai. The recyclable PET bottles are free, when it comes to glass growlers, the 1.1 Litre is priced at INR 125 & the 2.5 Litre Growler is at INR 300.

The company will introduce 5- Litre stainless steel growlers at a slightly later date. Effingut’s environmentally conscious vision also rewards people for doing their bit for the environment, by offering INR 10 off for each recyclable PET bottle that patrons return and INR 25 off per Litre in perpetuity whenever they refill their sustainable glass growlers.