This brand new space has both pickup and delivery services for beer enthusiasts to quench their thirst & fill up their Growlers routinely. 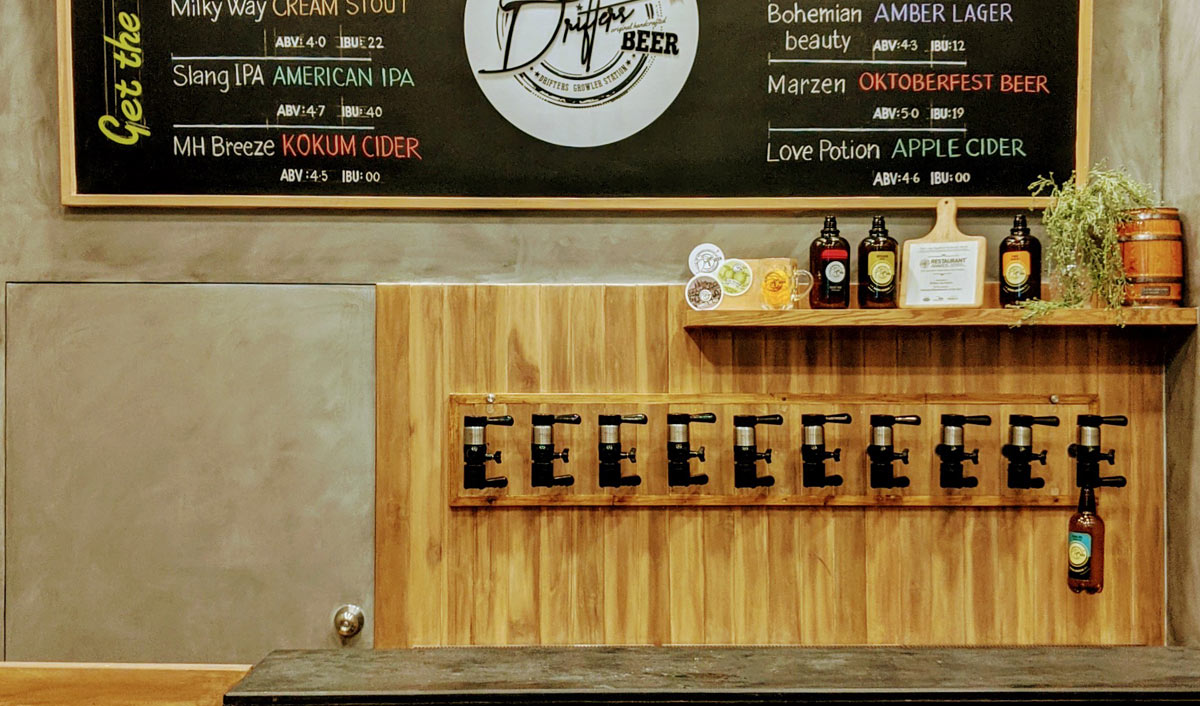 The new growler stations are located at Powai and Thane.

Growler Stations are hubs where you can refill your Growlers (coming to what are Growlers in a bit) with your favourite beer.

With the number of Beer lovers in the city being constantly on the rise, they now have something to look forward to, to take away their pandemic blues.

This brand new space has both pickup and delivery services for beer enthusiasts to quench their thirst & fill up their Growlers routinely.

Started by Nayan Shah Drifters Brewing Company was born out of the need for handcrafted beers in the city.

After months of lull across the Global Economy due to the pandemic, India was no exception to witnessing the downfall of multiple industries. Months of lockdown and the masses being confined indoors to avoid health hazards did no good to the brewery sales post-March 2020. But, after the persistent efforts of the Maharashtra Chapter of the Craft Brewers Association of India (CBAI), the Maharashtra state excise department finally amended the state’s growler policy, making it India’s first state ever to allow microbreweries to permanently sell their craft beer via growlers. This was a total game-changing decision in the Indian beer history, making it a monumental one.