It is a YouTube series that will bring forth the secret, legendary recipes from home kitchens across India. 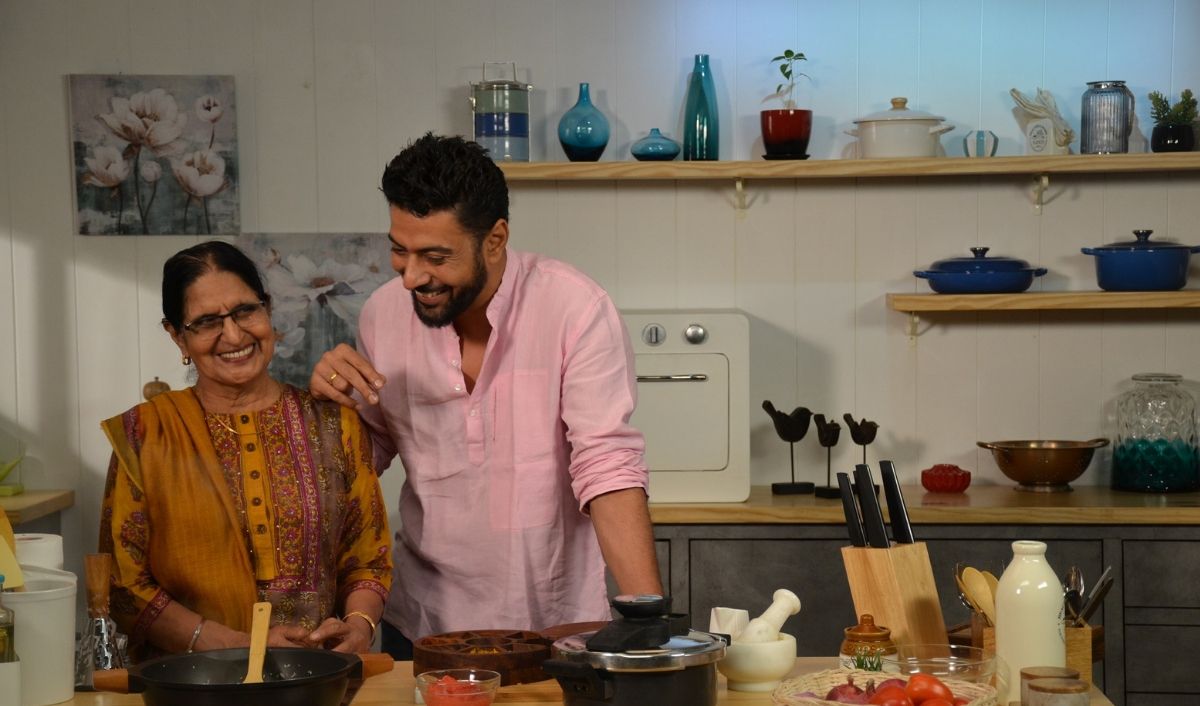 Reviving the magic that every mother creates in the confines of her kitchen, India's favourite cook, culinary connoisseur and TV Host Ranveer Brar has launched his newest digital series "Maa Ki Baat" on Mother's Day, May 12th. It is a YouTube series that will bring forth the secret, legendary recipes from home kitchens across India.

Kick-starting the show on Mother's Day, the first heartwarming episode was an ode to Ranveer's mother, Surinder Kaur - who demonstrated her favourite Rajma recipe whilst reminiscing her journey as a wife, daughter in law and mother who was forced to uproot her life from a small town to a city. "We take our home food for granted and the people who cook it. They provide for us day and night are the custodian of our family cuisine but do we pause and ask - Maa, tujhe kya pasand hai?' mentions Chef.

In just two weeks, the show has received over a million footprints across all digital platforms making it even more exciting to wait for the upcoming episodes.

Brar conceptualized this show on a journey to highlight India's culinary legacy and remind himself and others of the power of 'Maa ke haath ka khana'. The cornerstone of the show is a soulful endeavour to provide homemakers, mom-cooks if you may, a chance to shine onscreen by cooking their signature heirloom recipes, share tips and tricks they come with, not forgetting heirloom utensils used with them too.

Scouting nationwide for guest cooks for the show, Ranveer is inviting mothers nationwide to participate and send in their videos through which they are selected to cook on the show. The upcoming episodes will be featuring mothers from Kerala, Bangalore, Tamil Nadu, and North India.

"After I got back from the U.S. and judged Masterchef India, I realized that there is a huge stream of Indian cooking that I (in fact many of us) haven't appreciated enough, and that is 'home-cooking'. I was touched, moved and inspired by the food and the character of a home-maker who is the Chef of the household, and it drove me to go back and re-live parts of my life to understand how my mother and grandmother used to cook and what was their relationship to food, which essentially was how the first idea of the show occurred. The idea was simple - bring out the power of the homemaker and start a conversation about the ancestral recipes that Indian home kitchens carry forward. The personality and the character of the Indian mothers are that of immense love, selflessness and inner beauty, which she brings to the table along with her food. As an Indian son, this show is my way of giving respect and credit to all Indian mothers from whom my biggest learning was that mothers never let anything go to waste, they even use the simplest of things like 'Chaawal Ka Paani'. I wanted to understand what are the likes and dislikes of a mother because when our mums are cooking for us, none of us ever stop to think that 'What does mom like to eat?"