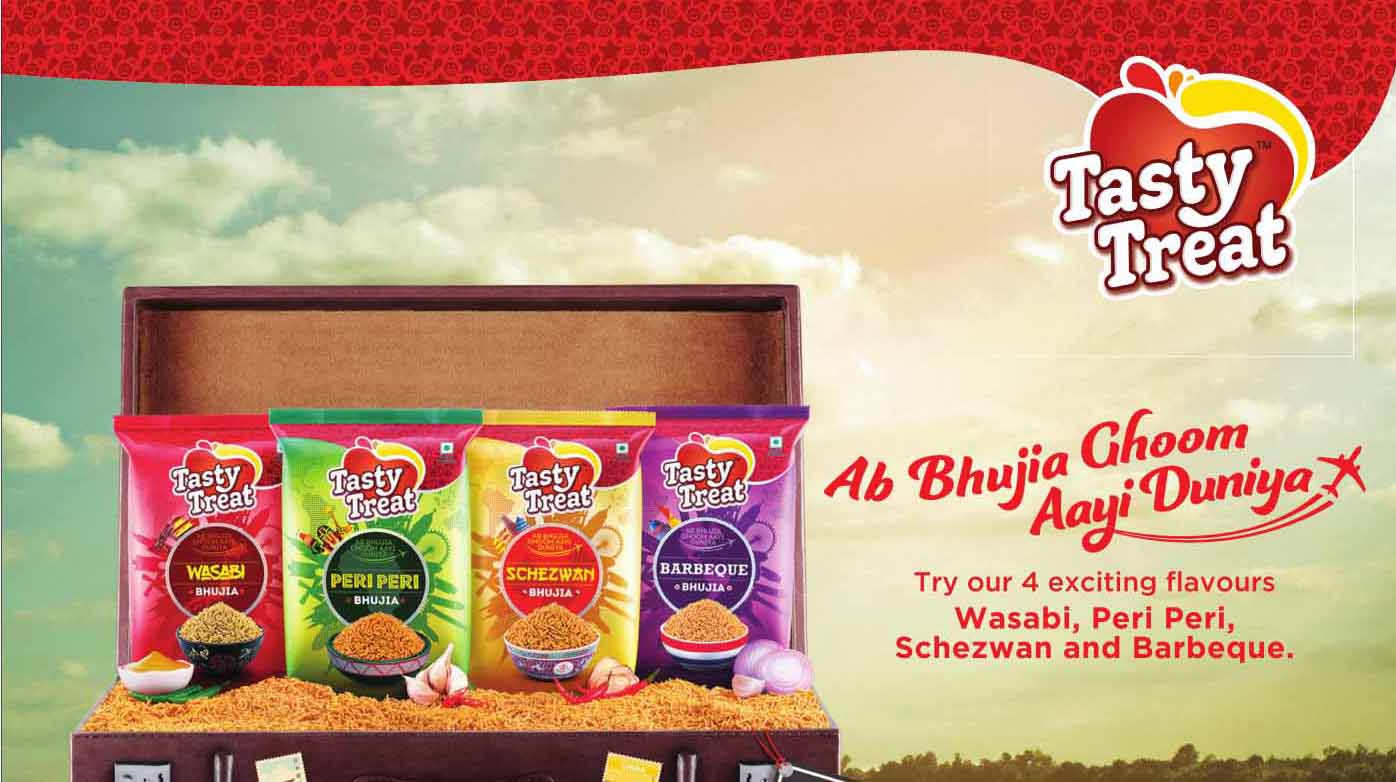 The brand has launched its latest campaign 'Bhujia Ghoom Aayi Duniya' to launch these flavors.

Our international range of bhujias is a step in that direction. When Infectious suggested Tigmanshu Dhulia as the director, it just fell in place. It needed someone like him. This campaign with its 'twisted' take on the 70's lost & found masala Hindi films, helps take the whole effort forward."

Their first campaign, 'Yeh Phislee Neeyat' too was built around a quirky idea. But Bhujia Ghoom Aayi Duniya takes the fun quotient up by a few notches. The personification of the new flavours makes for an engaging and memorable story that would stand out in today’s clutter."

Nisha Singhania, Co-founder of Infectious, said, "In the F&B category where all brands are trying to be about health and taste, Tasty Treat is refreshing as it is focused only on taste. Credit to the brave brand team for agreeing to such an unconventional idea."