The company at present operates 21 outlets for running this business. It serves 10 institutional clients. 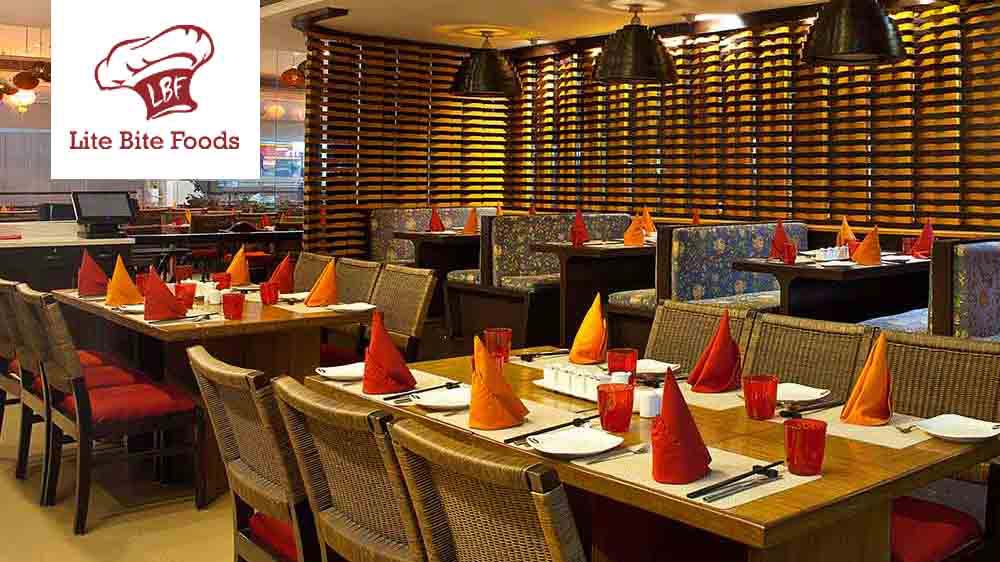 Popular restaurant chain like Punjab Grill, Baker Street and Street Foods, which is run by Lite Bite Foods, is considering to raise funds through an initial public offer (IPO).

The company runs close to 140 restaurant outlets through its portfolio of over a dozen brands and is promoted by Dabur's Vice Chairman Amit Burman and Rohit Aggarwal.”

"We are toying with the idea ..maybe next year we will be big enough to think of an IPO. We have met different bankers about how we should go ahead. We would rather go in for IPO than private equity. We are having discussions but nothing is decided yet. Maybe next year," said Lite Bite Foods Chairman Amit Burman.

"As of now, it is all internal accruals from promoter funds," he added.

Lite Bite Foods has also bagged master concession right for the development of eateries in 5-tier 2-tier airports in India.

The company plans to open close to 60 new outlets in India in the next financial year, mostly in these new airports, through a portfolio of its owned and franchised brands.

At present, the company opens outlets from the portfolio of 12 owned brands and 7 managed brands such as KFC, Burger King, Subway and Pizza Hut at airports.

"Travel by Indians is going up and we want to look at airport travel retail as a separate business vertical. We have had experience of running eateries at airports. We have bagged master concession for Indore, Ahmedabad, Coonoor, Calicut, and Bhubaneshwar airports. We are also looking at expanding the existing presence at the Jammu and Pune Airports,” he said.

At present, the company operates 58 outlets at airports in Mumbai, Delhi, Bengaluru, Pune, Jammu, and Goa.

Burman said the company also plans to bid for a concession at airports outside India such as Thailand, Singapore, and Dubai, whenever an opportunity comes.

The company is also looking at expanding its business of institutional catering. It at present operates 21 outlets for running this business. It serves 10 institutional clients.