Clicking photographs of food before eating is becoming a sort of standard operating procedure at restaurants across the country, especially by youngsters accompanied with smartphones. 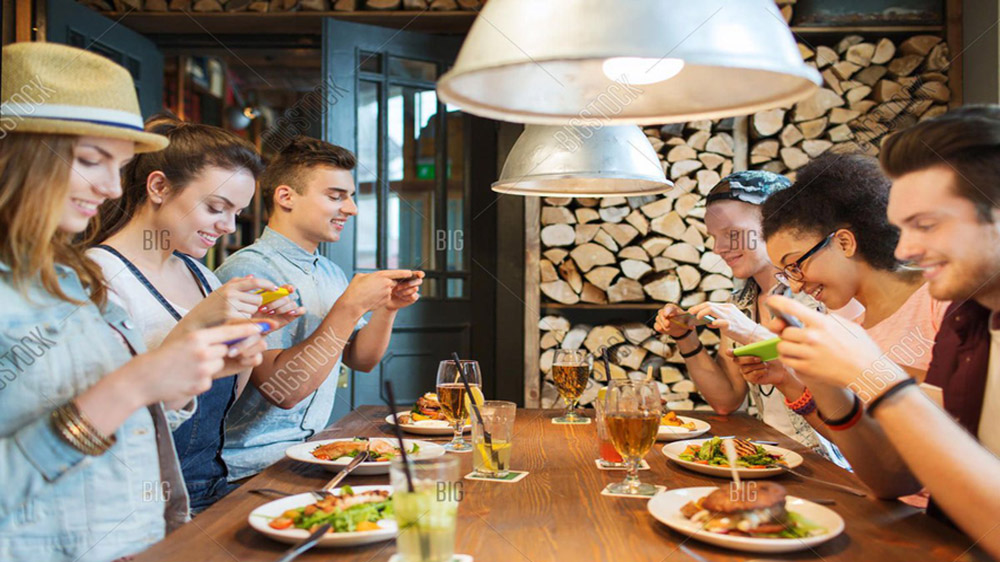 When Mexican fast-food chain Taco Bell launched its ninth branch in India three months ago, it underwent a makeover.

Food is becoming attraction point of sorts for restaurants. One of the primary focus areas for the US chain was to make its dishes “Instagrammable.” Breaking with the tradition of serving its dishes in boxes, the restaurant started to provide burritos, tacos and chalupas in open plates to elevate the “Instagram game” of their customers.

Gaurav Burman, director of Burman Hospitality said, “Taco Bell menu items are served in open plating, which operates the restaurant in India. The fans love to click and share.”

Clicking photographs of food before eating is becoming a sort of standard operating procedure at restaurants across the country, especially by youngsters accompanied with smartphones eager to share their experiences or simply show off  on Facebook, Twitter and Instagram.

The new trend that restaurants want to leverage by creating camera-friendly dishes is to spread awareness of their brand and menu and attract customers.

Instagram, the photo-sharing platform, is ideal for enterprises seeking to showcase their offerings and build their brands. While the bulk of Instagram pictures may be of celebrities and highprofile brands, photographs of food are shared in plenty.

According to Brandwatch Analytics, the most popular Instagrammed food in 2016 was Pizza, behind sushi and steak,

In India, not only is the Taco Bell focussing on food display. Californian burger brand Carl’s Jr, which is operated in India by Cybiz BrightStar Restaurants, also does not box its burgers.

Samira Chopra, director of Cybiz Bright-Star Restaurants said, “While taste is number one for us, we do look into how unique our product looks.” The restaurant wraps its burgers in a way that one can see what it’s made of – the lettuce, tomatoes and the patties in photographs.

Chopra said, “If your onions don’t look that perfect purple or your tomatoes don’t look juicy and red or the look of the patty is not right because the char grill has not been done properly - it stays on the web.”

The use of social media by foodies can work to the advantage of restaurants. Instagram, which was acquired by Facebook in April 2012, had more than 600 million users in mid-December.

However, the company does not have data on the number of Instagrammers in India. According to Dr Arti Anand, clinical psychologist at Sir Ganga Ram Hospital, the addiction to social media is on the rise.

"This is a kind of attention seeking behaviour where one feels the need to tell everything they do to the world and feel good when others comment or like. I hope it fizzles out but at the moment it seems to be on the rise."

Arvind Krishnan, managing director of advertising agency which is high on social media marketing said, "Inherently people trust each other more than they trust a brand. They are more likely to listen to me rather than give heed to the word of the restaurant. And so, restaurants are going all out to ensure they don’t miss this opportunity.”

Mainland China and Oh! Calcutta have special chefs whose only job is to take care of plating and garnishing and making a drama. “Presentation has always been an integral part of strategy for restaurants, but now with social media, it has become even more important. Our business is based on word of mouth and the best way to do it is through social media because that is a whispering campaign,” said Anjan Chatterjee, founder of Speciality Restaurants, which owns Oh! Calcutta and Mainland China.

Food blogger Kalyan Karmakar stresses on the significance of the initiative. “A chef at The Bombay Canteen recently shared a picture of a dish prepared with traditional Indian cereal ‘ponk’ on his Instagram. The cereal, which is quite popular in Maharashtra and Gujarat, is not so well-known in the rest of the country. But the post got a lot of people interested in the cereal, creating significant amount of buzz around the dish and the restaurant. While several traditional Gujarati and Marathi restaurants have been preparing the variety of dish around ponk, none has generated as much buzz as this post,” he said.

Instragramming has helped to bring various changes in India’s hospitality industry. The demand for molecular gastronomy, the art combining food and science to create new and exciting textures and flavours, the use of dry ice to create fancy desserts and attractive cocktails and deconstructed meals to create drama for social media and otherwise has increased. The social media pressure has led to the evolution of plating skills, too.

Arun Arora, general manager at Radisson Blu in New Delhi’s Paschim Vihar said that over the years, the restaurant has tried to create a three-dimensional look for its dishes, making every ingredient seemingly appear above the plate.

The colours of the vegetables need to be distinct, whether they are carrots, asparagus or spinach. While social media helps to build footfalls, the risk of overexposure could lead people to judge a restaurant only by appearances.

Keenan Tham, director of Pebble Street Hospitality, which owns restaurants such as Mumbai-based The Good Wife, KOKO and Trilogy, “We do keep ourselves abreast with the latest trends, but that’s what these are – trends. They will come and go. What we concentrate on is giving our patrons an experience. Some feel that such trends could be a diversion from the core focus of restaurants.”

Zorawar Kalra, MD of Massive Restaurants, the owner of Masala Library, Made in Punjab and Farzi Café said, “We may end up creating a stunning portrait with food on your plate, which you’d wish to showcase across social media, but at the end of the day if it doesn’t taste good and offer you value-for-money proposition, it won’t matter.”