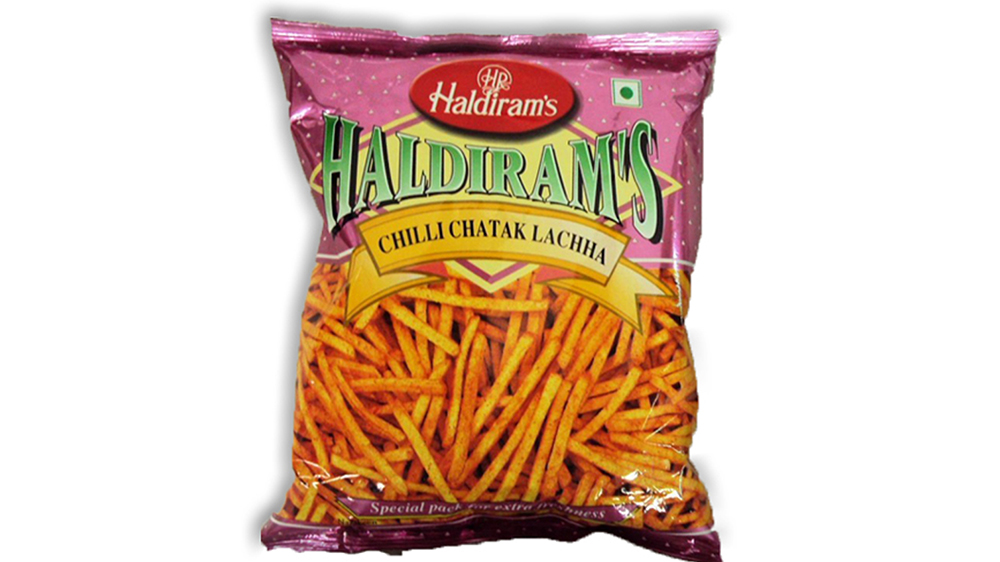 Haldiram's has regained the top spot as the country’s largest snack company after more than two decades, surpassing PepsiCo in sales thanks to increasing consumer preference for packaged namkeen over western snacks such as potato chips.

Haldiram's posted sales of Rs 4,224.8 crore in the year ended September, compared with PepsiCo’s Rs 3,990.7 crore from brands such as Lay’s, Kurkure and Uncle Chipps, according to the latest Nielsen data sourced from executives. A year earlier, PepsiCo’s sales stood at Rs 3,617 crore compared with Haldiram’s Rs 3,262 crore.

Kamal Agarwal a fourth generation member of the Haldiram’s family “There was a sharp increase in raw material prices for several snacking products, especially nuts. However, we maintained our price tag and absorbed losses, which helped us gain share not just from existing players but also the unorganised segment since the price differential narrowed down. Consumers are also correlating healthy food with Indian snacks and namkeen but chips are perceived to be unhealthy.”

PepsiCo spoke person said “In the salty snacks segment, we continue to be the leaders, which is also the fastest-growing category in overall snacks. In the western salty category, with strong double-digit growth, Lay’s has been our fastest growing food brand in the last year on account of premiumisation and innovation with Lay’s Maxx and Shapes. In the nachos category, we scaled our presence with the ‘Made in India’ Doritos, and the product is seeing strong preference and traction amongst consumers. We have further expanded our salty snacks portfolio last year with Kurkure Triangles, which is also growing in double digits.”

In the past few years, branded namkeen varieties such as dal, chivra, bhujia and nuts have been increasing their contribution within the overall snacks market worth Rs 21,600 crore. Traditional snacks now account for more than half the market with both multinationals and homegrown companies pushing namkeen into the hinterland with attractive packaging and pricing.

Marketers say consumers have increased purchases of branded namkeen rather than unbranded products from local bakeries due to the hygiene factor, helping regional players gain share from Pepsi. For instance, Gujarat-based Balaji that clocked sales of Rs 2,121 crore in the year to September is the second-largest in terms of individual brands after Haldiram followed by PepsiCo Lay’s and Kurkure.

B Krishna Rao, category head at Parle Products said “A large part of the unorganised market has shifted towards namkeen as companies have increased availability and affordability. Also, increased reach and new product launches especially by local players have been driving most of the growth.”