The company's cofounders, who have been pet owners themselves, were thrilled to have a dog around as it worked as a great stress reliever to their busy teams. 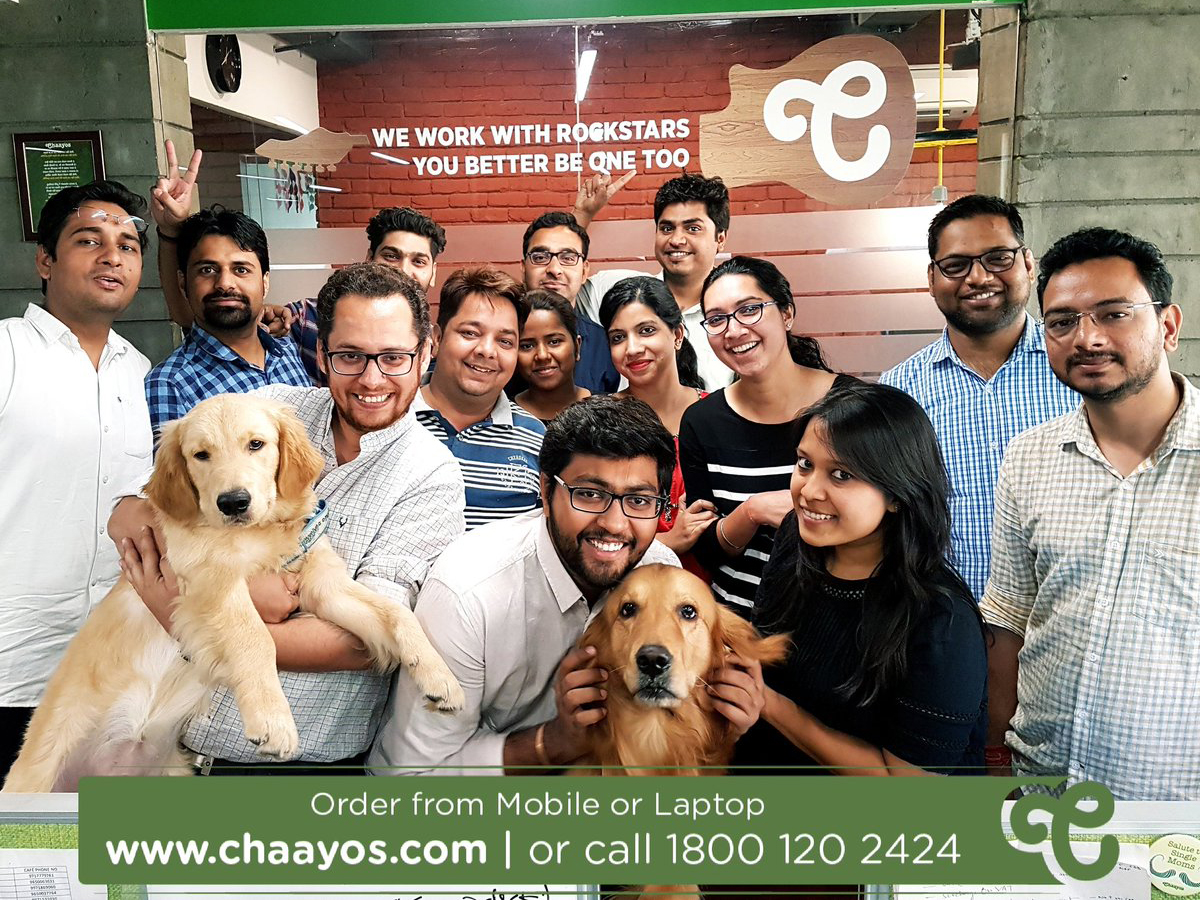 Chaayos, a café that serves customized tea, which is on an expansion drive, raised $5 million (Rs 32 crore) in a Series-A round of investment led by private equity fund Tiger Global in 2015. Today, it has about 75 people working in its headquarters and they are welcome to bring their pets to office.

The company's pooch policy came about by complete accident. About two years ago, a staffer brought her golden retriever to work one day. Some of her colleagues were hesitant at the dog's presence, but quickly grew accustomed to him.

The company's cofounders, who have been pet owners themselves, were thrilled to have a dog around as it worked as a great stress reliever to their busy teams.

Raghav Verma, one of the founders, said, "We live in a fast-paced world. After a couple of days of having the pooch around, we saw the impact it had on our teams; they all started to play with them and they fit right in."

The company looks for a cultural fit in each of its employees and these dogs fit right in. The canine members are particularly partial to a meeting room that has a faux-grass turf and another one called 'The Joint Room', where they can scratch around, laze a bit and chew any thing they find.

Cats are welcome too, but no one brings any in, at least so far.

Rukmini Vaish, who is a cofounder at CollarFolk that is building an ecosystem in the pet and travel space, called this a great beginning for offices towards becoming pet friendly.

She said, "It definitely does create avenues towards a lifestyle that includes pets.Some companies allowing pets in their offices is a welcome move for most pet parents. They make for great company, lighten the mood and give you a reason to smile during your work days, especially Monday mornings."

Bhupendra Khanal, who heads pet foods company DogseeChew, said, "There are a lot of companies who are allowing dogs for a day to let employees play with them. It's the new cool for companies to show their openness and employee centricity."

This year, Chaayos is looking to strengthen its workforce by 20 people in its corporate office and add about 600-700 people to the 400 it has at the shop floor level.