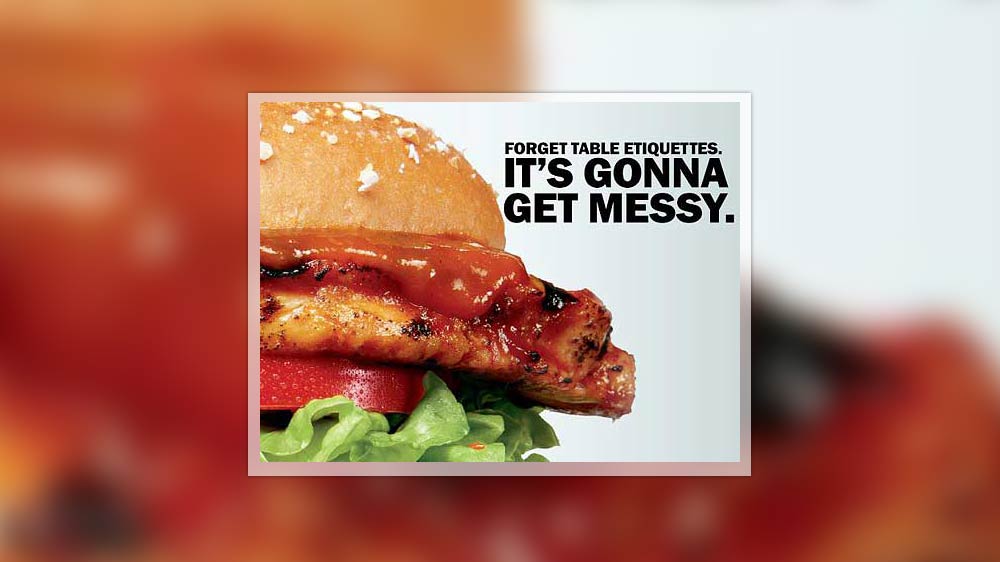 “Everyone loves going out for a high-end steakhouse dinner, but not everyone wants to make reservations, get dressed up, and pay steakhouse prices,” said Brad Haley, chief marketing officer for Carl’s Jr. and Hardee’s restaurants. “With the new Steakhouse Thickburger, you can have all of the great steakhouse tastes you crave…on a burger.”

“At Carl’s Jr. and Hardee’s, our goal has always been to give our customers the highest quality, best tasting burgers anywhere, period,” Haley added.

He further says, “The Steakhouse Thickburger is another great example of that. It’s a decadent, premium menu item that not only helps to distinguish our chains among traditional fast food players, but even exceeds the taste, flavour and quality of the supposedly ‘better burger’ brands.”

Carl’s Jr. and Hardee’s will promote the Steakhouse Thickburger with a highly stylistic new ad titled “Table Setting.” Developed by Los Angeles- and Amsterdam-based creative agency 72andSunny, the commercial will begin airing on TV nationally on December 14 as well as on the chains’ YouTube channels.