Here is What F&B Industry Expects From The New Government

Short Description
Post-election results, the food and beverage (F&B) industry, especially the restaurant segment, is hopeful of the changes the newly-formed Government of India will bring forth. 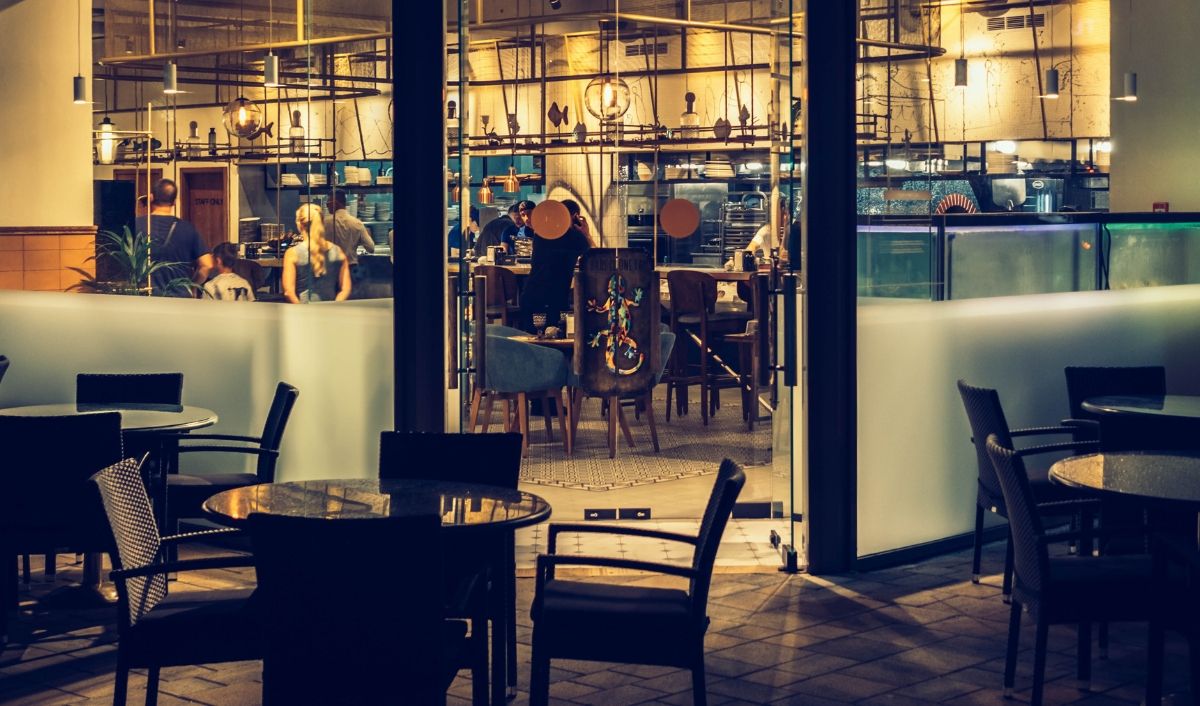 Post-election results, the food and beverage (F&B) industry, especially the restaurant segment, is hopeful of the changes the newly-formed Government of India will bring forth.

GST in the Restaurant Industry

Mihir Desai, Co-founder, The Bar Stock Exchange, says, "In the interest of the F&B industry, the new Government must review the GST rates for our industry from 5% to 12%; by allowing ITC (Input Tax Credit), the Government, in the last term, brought down GST Tax considerably down from 18% to 5% and disallowed ITC for restaurant industry. The new GST norms increased the cost on rentals, assets, royalties and fixed cost. Whereas the customers are charged 5% GST. Further, restaurants pay 18% GST on rentals, assets and fixed cost. We would like to request the Government to look into this as this has impacted the growth of the F&B industry."

Vikrant Batra, Founder, Cafe Delhi Heights and Nueva, says, “Last few years have been a roller coaster ride for the restaurant space. With many changes levied on the industry from GST to liquor licensing, stricter laws and more, we are hoping for some positive changes with the coming of the new Government.”

Vikrant Batra feels there should be single window clearance for licenses for the restaurant businesses. “We are expecting a boom in the travel and tourism industry, thereby, bringing in more tourists and well-educated travellers, providing a bigger and a better platform to our cafes and restaurants on the worldwide front. With increased transparency in the laws and government operations regarding licensing and taxation, the restaurant industry is hoping to benefit from the GST inputs similar to that of previous years, making it easy to run and innovate in the industry. Single-Window clearance for licenses and ease in the licensing process would be another expectation from our end. Benefits from CSR initiatives are also expected along with other benefits and respites for the industry from the newly-appointed Government of India,” he says.

According to Vikrant, “the food industry being one of the top contributors to the country's economy, also expects a positive hand from the government in topics related to employment taxes, etc.”

Chef Tarun Sibal, Director, One Fine Meal, Delhi, is also of the view that single-clearance window should be there. "The second term and a bigger mandate get me hopeful that the Food and beverage industry and Food and beverage entrepreneurs will see better days ahead in terms of policy procedures and the ease of doing business. A single window clearance for the restaurant industry, clearer and actionable norms, departments that guide instead of just audit should be on the cards," he says.

Closing Time of the Restaurants

On the contrary, Aditya Wanwari, Founder Partner, SHOR and Kale and Kaffe, feels it is good to reduce GST as it makes the consumers happy. He says, “A good thing that the Government has done is reducing the GST from 18% to 5%. This has made the customers quite happy.”

“What I expect from the new Government is that they should increase the closing time of the restaurants from 1.30 am to 3 am. This could also boost up the food and beverage business and more employment opportunities. If this is done, the employment rate would increase to a decent percentage.  I would like the new Government to ease the BMC in terms of allowing outside areas/rooftops to serve food and beverage. The licensing should be done and regulated online to avoid tedious paperwork,” adds Aditya Wanwari, Founder Partner, SHOR and Kale and Kaffe.

Kausshal Dugarr, Founder and CEO of Teabox, wants the Government to continue its pro-business reformist policies and simplify the Indian taxation system for the F&B industry. He says, “The expectation from the Government at a macro level is to continue its pro-business reformist policies and Make in India initiatives along with simplification of the tax system. As a home-grown global brand that sells to consumers in 117 countries, we would want the Government to support our journey of creating mega brands from India and help us cut the red tape we face in the export of food products, especially in B2C formats. In addition, we would want the Government to reduce transactional costs dealing with government agencies.”

Kumar Saurabh, co-owner, Lub Lub Lebanese, Gurugram, says, "Expectation from the new Government is to give ease of business by bringing in norms and policy which favours restaurant industry, i.e., reinstating input credit on rentals and allow loans for growing business on encouraging terms."

Gaurav Dewan, COO and Business Head, Travel Food Services says, "The potential growth of the travel retail sector lies with the development of railways, highways and aviation. The Rs 7500 Cr budget, set aside for railway redevelopment plans, is an indication to the potential that the sector holds for the travel retail industry. In the last term, the Government opened up the railway ecosystem and allowed the partial entry of private players in the sector. The growing railway network coupled with active private players within the sector will lead to the elevation of the travel retail sector to international standards. The National Highway Authority of India (NHAI) has also taken positive steps towards the development of the highway network in India through the Bharatmala scheme which has recently finalised highway contracts worth around INR 3 Trillion. This growth in infrastructure allows the travel retail industry to accommodate multiple private players, which will provide an impetus to the already growing highway segment."

Talking about the previous developments, Gaurav Dewan says, "While the industry has seen growth in the aviation segment, recent developments such as the grounding of Jet Airways has led to an imbalance in airfares which has affected the industry adversely. With new promises, we foresee proactive involvement from Government bodies to regulate such situations. Lastly, the re-introduction of the input tax credit for the F&B industry has been on the table for a while and effective implementation of the same would go a long way to provide stability. With such a robust leadership at the helm, we anticipate the Government to implement more positive policies and reforms to facilitate the industry's growth in the coming years."

He also feels, “The hospitality industry, like every other sector in the Indian economy, is liable to pay multiple taxes and with the GST coming in, the reduction of taxes on a bill has become a soothing site for the customers. But there is hardly any difference in the price they pay. Currently, restaurants can't claim the Input Tax Credit on the GST. So, the cost and taxes that a restaurant pays for its supplies are very high which in return leads to an increase in the basic price of a food item on the menu. We would like the new Government to allow us to claim Input Tax Credit (ITC), so that we, as restaurateurs can foredeal over our purchase and reduce our prices, so even the customers get the benefit from the application of GST.”

Policies in the Hospitality Industry

Amey Marathe, Vice President of Telangana Chefs Association and Founder & CEO at JSAMEY Biotech, feels there is a need to revive the policies in the hospitality industry too. He says, “I want Government to re-look at the policy’s pertaining to hospitality. Most of them are outdated.” Speaking about food safety law, he tells Restaurant India, “Food safety laws differ from state to state, proper training to food safety department is needed; chefs should be made part of these committees and for ease of business.”

Another issue is getting licenses for the restaurant business. He says, “People have run from pillar to post to get various necessary licenses and at the time the laws concerning them are also contradicting.”

Swachh Bharat Campaign for Restaurants Too

Mithun Appaiah, CEO Innovative Foods Limited, Brand Sumeru, says, “The new Government must lay impetus on exports by opening new market opportunities for food brands to cater to large global demand. This, in turn, helps to improve our GDP and indirectly farmers to garner better pricing. Another key area is to incubate startups in the Agri-food space by ensuring they are provided with all the support to start, operate and scale their business.Also creating an environment with global exposure to bring technology as well as agricultural know-how into the food business.” 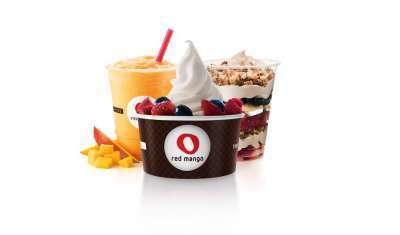 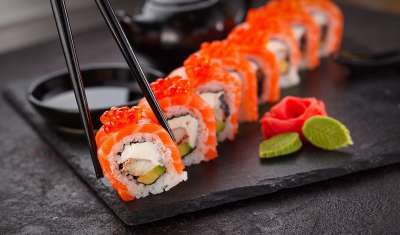 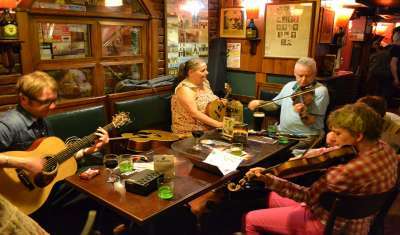 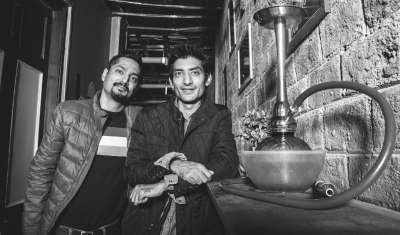