Short Description
Deepankar Arora has worked with several 5-star restaurants as chef managing their kitchen. In an exclusive conversation with Restaurant India, he talks about his venture Tawak, a fine dining restaurant in Noida. 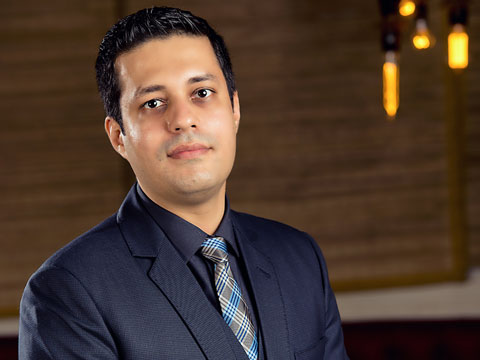 What was the idea behind naming your restaurant as ‘Tawak’? How is the response so far?

Tawak means Cinnamon in Sanskrit. Being chefs, for our first venture we wanted to achieve a harmony between various Asian cuisines in an aesthetically pleasing and fun dining space. We wanted to take our patrons on a gastronomical journey through the Asian continent without having to leave the city. Tawak (Cinnamon) was one of the most revered and traded spices in Asia during the ancient times and hence, we chose it to depict our thoughts behind the venture.

The response has been phenomenal. People here love our food and we have constantly been a top rated restaurant. We have managed to inculcate a loyal customer base. Our guests travel from various parts of Delhi-NCR especially for our Galouti Kebabs and Dim Sums.

As you are offering a complete pan-Asian fare under a fine dining atmosphere. What are some of the elements that you have kept in mind while designing the menu?

The first thing we decided upon was that we wanted to give our clientele authentic flavours and to stay away from the Indianised version of Asian food such as the Manchurian. We used the choicest ingredients available in the market to curate a menu that has something for everyone. We avoid using artificial flavours and colouring in the food. Another element that we have focused on is the vegetarian part of the menu. Mostly restaurants do not lay enough emphasis on it and we have ensured our patrons have a great Vegetarian selection to choose from.

How have you designed your restaurants? Who is the designer?

We wanted the restaurant design to be in sync with our theme of a culinary journey through Asia. Our designers- Zeppelin understood our ideas and transformed the place exquisitely. The walls are adorned with black and white canvasses of images from different Asian countries. You will see plains of India, peaks of Himalaya, desserts of Laddakh, markets of China and monasteries of Thailand. On the ceiling, we have laser-cut wooden reproduction of actual coins that were used for trading during the ancient times on the Asian spice route. The walls are done up very rustically and the chandeliers used are made of marine rope. The decor creates a warm, rustic and welcoming ambience.

You were from a restaurant background. How did it help while opening the restaurant of your own?

Being from IHM and having honed our skills working endlessly in kitchens of some of the best 5-star hotels, we were very tuned in with the daily workings of a restaurant and what it takes to operate a successful food business in today's highly competitive market.

Industry knowledge made it relatively easier for us to get all the blocks together to conceptualise Tawak. Training the staff and designing the menu to ensure both food and service exceed guests' expectations, was also less challenging as we both are from food background.

Which profession according to you is the most difficult, a duty of the chef managing the kitchen or a restaurateur?

If you had asked me this question 2 years ago, I would have definitely said chef. But today, after seeing both aspects, without a doubt, its the restaurateur. As a restaurateur, you not only have to make sure that the food coming out of your kitchen is excellent each time and within the stipulated cost, but also look into all other aspects of the restaurant such as service, maintenance, bills, vendors, ingredient cost and most important of all, justifying those expenses, revenue and profits to your investor (yourself or external investor).

As you are operating the restaurant in Noida presently, what is your expansion plan in terms of numbers of outlet and cities in your radar?

We are targeting two more restaurants by 2016. We have a lot of guests who travel from South and East Delhi and are currently scouting for locations in both Delhi and Gurgaon for our next venture. We're also looking at a different model of the current venture within Noida.

You have chosen Noida over other locations. Why so?

We did extensive research of Delhi-NCR market for almost a year before settling down on Noida. After Gurgaon and Delhi, Noida is the next upcoming location. The market showed huge potential in term of the MNCs and residential areas around. There was no good modern- dining restaurant serving the kind of food we had in mind. The decision was also influenced with the amount of funds available since we were bootstrapping this project on our own. 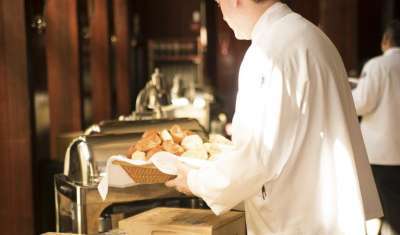 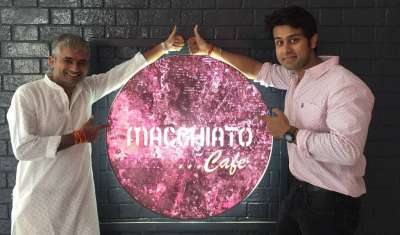 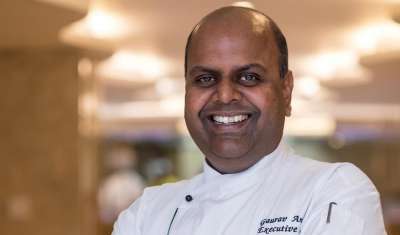