Good strategy but outstanding operation brings success to a brand 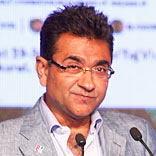 In an interaction with Franchise India, Ajay Kaul talks about feats that have been achieved by the brand, the challenges countered and the reason why western brands do well in India.

Domino’s opened its 600th store in India. What were the landmark things that happened?

There have been 3 or 4 landmark things that we have done. One of them is that when we entered India there were no pop-and-mom pizza chains; people didn’t know what pizza was. One of the first task was to bring pizza into the discussion table, so in the first 7-8 years of our existence, we thew our ‘hungry-kya’ campaign. Here we could educate the customer that pizza could be a meal replacement and could be had in place of dal-roti. We were successful and that became quite a revolution because of a peculiar eating habit country to move from rice to pizza was remarkable.

Two or three landmark things we did somewhere in 2003-2004 was on how we could stand globally as a delivery oriented brand. Time was ripe to bring that around in the discussion. It was around that time when we launched our ‘30-minutes-nahi-toh-free’ campaign. It was firstly a service which translated into a benefit for the consumer which meant pizza arrived on time and they were hot and sizzling so the product experience was exciting. Thus it got established as the undisputed leader in delivery space.

By which time, because of traffic congestion and all sorts of urbanisation challenges (people not having much time, working women), delivery was emerging as clearly a need. We hammered in on the ‘30-minutes-nahi-toh-free’ campaign and that went on for 2-3 years. We embedded that and became undisputed leaders in delivery.

Then we realised that it was time to attack the middle of the pyramid, which is still a niche brand – very urban and in top 10 cities. And that is when we brought in a ‘35 rupees’ pizza which we call it ‘pizza mania’ which is the Nano pizza. As per our agenda, we wanted to enter heavily into the hiental line, i.e. 100-150 cities. When we launched that it (‘35 rupees’ pizza) opened flood gates for us; our entry into internet became easy. Today we are presented in 130+ cities, 600 odd stores. These are some of our key landmarks adjoining to the product launches that are happening.

We have also moved from pure benefit or feature-led functional benefit strategy to an emotional led strategy where apart from delivering tasty pizza – accessible and affordable – we moved into the emotional zone by saying that we don’t bring pizza to your household, we bring happiness. That is why ‘Khushiyon-ki-home delivery’ campaign got embedded in people’s mind and in 3-4 years it moved on to a stage where we believe that whenever we are there the ‘rishtey’ are happening – yeh hai rishton ka time. So rishtas are getting reinforced and further reinvigorated and rejuvenated. These have been the cornerstone of our success.

How do western brands easily capture the Indian market unlike Indian brands?

In the case of multinational chains, there is heritage and learning. When we entered India, it was the 50th country we were entering. When you look at other multinational chains, they have extreme spread across 70-90 countries. They have collective learning of all these countries which tell them what to do and what not to do. I think Indian chains also have the potential of reaching the same level. There are enough examples in other countries across Asia. A lot of local stores have run into thousands of stores over a period of time. So it is still early days for India and there will be Indian chains that will make that great.

A good strategy but outstanding operation is what is needed for a brand to be successful. That is something which comes as a sort of given with international brands. That is ironed out or beaten to death in terms of proficiency over the years with various countries. These are some of the critical success factors which are built into the proposition. It is only a question of outlook and easy availability of funding and also the question of consumer being there. Most companies not able to scale up because I think all these things fall in place at the same time.

Why are foreign cuisines a success in India?

It’s a natural evolution. With internationalisation, globalisation is having its role to play. Western chains come with a certain pre-marketing which has subliminally happened over these years. Even as they set food in a certain country, there is a ready audience waiting for them unlike an Indian brand that has to start from scratch to make an existence. International brands come with proven marketing and consumer-centric strategies which have worked country after country. They bring Heritage and processes – operational excellence – along with them.

Having said that, in India also, the big global brands have taken their time to see the light of the day and become profitable. So it is not easy as a cakewalk even for international brands. The consumer piece according to me – whether it is on pricing dimension or product dimension – is very country specific. These questions are country-specific and no international with all the experience in the world can say ‘I know everything’ because they also struggle. There is ample evidence to demonstrate that.

What are the challenges for scalability for Indian restaurants and how did you overcome them?

Scalability to my mind is one challenge which will always be there because when you are adding 125 new stores, you are recruiting 4000 odd people. There are also attrition levels in that segment. You are almost looking at a factory like approach to recruit so many people.

The next challenge is supply chain. That is why we believe in investing in our own supply chain. We had 4 factories last year. This year we are investing nearly 70-80 crores to build four new factories – one in Hyderabad, one in Guwahati, one in Nagpur and upgrading the one in New Delhi (in noida). All this is done looking at future growth.

As an infrastructuraly challenged country, we realized earlier on that we ought to take supply chain into your own hands, especially because we are not a niche brand; we want to be only in the top five cities and then probably you can outsource it. But if you have intentions of going to 200 cities to even small towns in India, then you cannot be relying on somebody to carry your stuff there in temperature controlled conditions thereby helping to serve food at the right temperature.

Tell us something about the measures taken to sustain employees and managing attrition.

We take pride saying that we have received awards – marketing awards or business awards. But the awards that give me great joy are ‘Great Place to Work’ and the ‘Best Employer Survey’ award. These are the two best awards given anywhere in the world including India. We have been in that list consistently for the past 5-6 years now.

What we realized is that it is ultimately people’s business and if people are not taken care of mentally, physically towards the consumer, then one can’t go far. This becomes all the more important when you are not in 6-10 locations where you can control, but around 130 cities. You have to create the entire world around the customers.

Our mission statement is ‘exceptional people on the way to making it the best delivery company in the world. So people are coming before customers and that is our thinking that it is people who will bring us there. We have 23000 employees. We create processes, empower them and create growth strategies and engagement levels. These are the reasons why they kind of hang on.

Please share some advice for budding entrepreneurs who want to enter this field.

This is the most exciting space to be in. Temporary downturns may always get to you and probably that’s the way the industry is growing right now. Also there are high obliteration rates in this sector like anywhere in the world. This could confuse you but it is indeed an exciting space to be in. And this industry will get more and more organised and will make everybody grow. There are examples from other countries which are very exciting, like the way China has grown. Just be at it. There are fantastic operations that you cannot ignore, but it is clear sight on the consumers and brand strategy that will see you through. 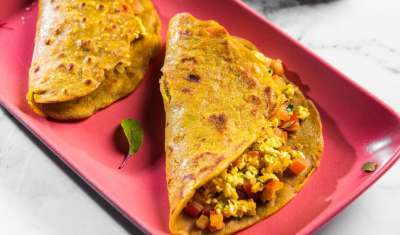 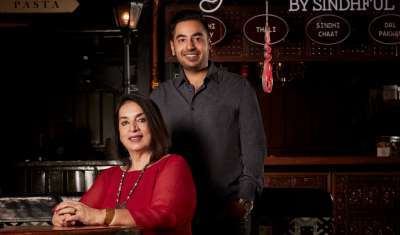 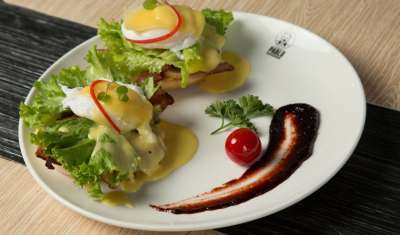